You've got to hand it to the French. When they needed change they could believe in, they didn't fool around.

But I'm not a violent guy. Except when some illiterate blockhead spitefully gives one of my novels a one-star rating -- because he's sinfully ugly or his brain hasn't fully developed -- I prefer the path of peace, love and self-restraint. You know, Buddha, Gandhi, MLK . . . there must be others.

More to the point, these are enlightened times we live in. We've learned that killing -- especially chopping off heads -- is just way too messy. We certainly don't want blood splattering on our silk Gucci dress shirt or entrails slopping all over our Salvatore Ferragamo suede Parigis. So armed with the most sterile and tidy technology, now we hire Xbox wizards to do our killing for us on video screens. Point. Click. ZAP! Bye-bye.

So axe the guillotine for now. Or at least put it in storage -- we might need it later.

I have a better idea for the rich arseholes that have stolen democracy and are strip-mining our nation for every last dollar they can squeeze out of it and each of us.

I say that when we get some real people's congressmen in office, we pass a simple, straightforward piece of legislation.

This new law will require everyone to give a complete accounting of their personal assets, then to move to the country where most of their wealth sits.

Everyone knows that the ultra rich are parking their money in places like Hong Kong, Monaco, Andorra, San Marino, and a mere 55 minute flight from Miami in the Bahamas. There's hardly a lack of choice. So many ways to fool the IRS, so little time. 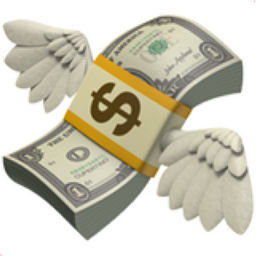 But with my new law, the government will cancel their passports -- as they did with Edward Snowden -- and put them on a plane. We can be nice about it, give them a choice. Do they want to live in the Cayman Islands which is the renowned international headquarters for thousands of shell corporations, or maybe Luxembourg where they have the safety deposit box with all of their stock certificates and blood diamonds, or Nauru where they have the numbered bank account with a running balance in eight figures? Nauru has very beautiful beaches. It's not like we're sending them to Bangladesh or Swaziland.

To give this new law some teeth, the displaced billionaires will not be allowed to re-enter the United States until they ship their money back here and pay their fair taxes on it.

We always hear cries of outrage about immigrants coming to this country to welch off the rest of us, suckle off the teat of the public dole, without having contributed their fair share to the big piggy bank where the U.S. Treasury tucks away our tax dollars.

Well, what about the creeps that are already here who aren't paying their fair share? Who have their money stashed away in banks around the globe to avoid giving something back to the nation that made them disgustingly rich? Just by having a P.O. box in Georgetown, Grand Cayman or a cardboard sign hanging somewhere in Liechtenstein, they're avoiding paying the price of admission right here where they have all of the advantages of living in the richest nation in the world.

And let's be realistic. These guys are not getting a few dollars in food stamps or using the free local clinic to get some measles shots. They are using every possible advantage right here in America to leverage their already incomprehensible wealth into even greater piles incomprehensible wealth -- our banks, legal system, copyright and trademark protection, all sorts of regulatory advantages and slick financial mechanisms which cater to their every need and rewards their pathological level of greed. They're getting handouts in the form of corporate welfare, bailouts from the Treasury so they can add more zeros to their salaries and bonuses, and zero interest loans from the Federal Reserve so they can blow up ghastly financial bubbles with more frightening potential for catastrophe than they did when they crashed the world economy in 2008. Talk about leeches! It's more nauseating than a double down sandwich from KFC.