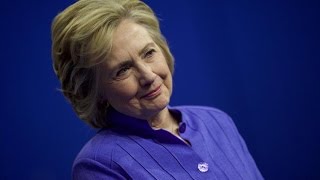 Many opponents of the Trans-Pacific Partnership (TPP) continue to assume Democratic presidential candidate Hillary Clinton is only saying she opposes TPP to get their votes, while hoping it passes in the "lame duck" session of Congress after the election and before she takes office. Others worry that passage of TPP in the lame duck will reduce public trust of the incoming president, harming her ability to get things done once in office.

Because of these concerns, a number of progressive, labor and environmental groups sent a public letter to Clinton urging her "to make a clear, public, and unequivocal statement opposing any vote on the disastrous Trans-Pacific Partnership (TPP) in the post-election, 'lame-duck' session of Congress."

"Clinton opposes the TPP, which she came out against under pressure from her left flank, despite promoting it as secretary of state.

"...But it remains to be seen how vocal her opposition will be during a lame duck fight, when many Democrats in Congress may be looking to her for guidance."

The letter explains that, "Your continued leadership is sadly necessary as President Obama refuses to abandon this unpopular deal."

The letter also emphasizes the insult to democracy that a lame-duck vote represents, saying such a vote "would be a tacit admission that corporate interests matter more than the will of the people."

"At the same time, the American public and their elected representatives in both parties are increasingly coming to the conclusion that the TPP puts corporations ahead of human needs on jobs and wages, human rights, access to medicine, climate change and more. In the face of such opposition, allowing a lame-duck vote would be a tacit admission that corporate interests matter more than the will of the people, relying on members of Congress who will be less accountable to voters. Regardless of the outcome, a vote itself would send an unmistakable signal that the game is rigged in favor of elites and against everyday Americans."

The full text of the letter:

Dear Secretary Clinton,
As organizations active in the fight to protect American jobs, our environment, our labor rights, and our democracy from corporate control, we urge you to make a clear, public, and unequivocal statement opposing any vote on the disastrous Trans-Pacific Partnership (TPP) in the post-election, "lame-duck" session of Congress.

We welcome your past remarks opposing the TPP. In particular, we were greatly encouraged by your words in a recent major economic address, declaring, "I oppose it now, I'll oppose it after the election, and I'll oppose it as president." We believe such words have the potential to lead other Democrats in opposing this job-killing trade deal. Combined with the opposition of leaders such as Sens. Harry Reid, Elizabeth Warren, Bernie Sanders, and Rep. Nancy Pelosi, we are all stronger together when we stand up to the big corporations pushing the TPP.

Your continued leadership is sadly necessary as President Obama refuses to abandon this unpopular deal. In particular, the president has made it clear he intends to pursue a vote on the TPP during the lame-duck session. The White House recently submitted a Statement of Administrative Action that begins the countdown to a vote on the TPP in November or December. Administration officials, including cabinet secretaries, are currently fanning out across the country to pressure members of Congress to vote for the TPP after the election is over. Republican leaders have signaled they are open to negotiations that would lead to a TPP vote in the lame-duck session.

Related Topic(s): Clinton Campaign; Corporations; Democrats; Hillary Clinton; Tpp Trans-pacific Partnership; Voter Participation, Add Tags
Add to My Group(s)
Go To Commenting
The views expressed herein are the sole responsibility of the author and do not necessarily reflect those of this website or its editors.