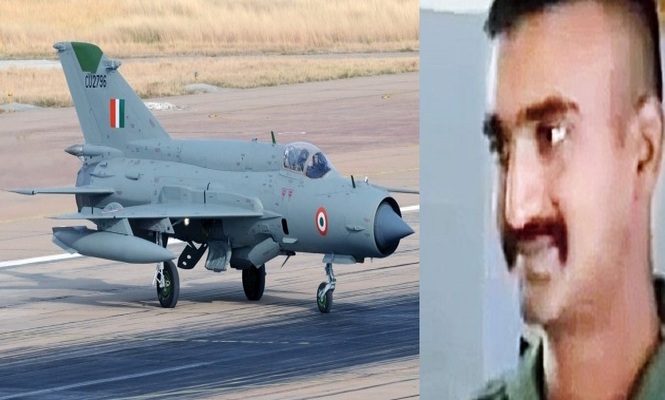 As Wing Commander Abhinandan rides an euphoria, let's ground the MiG-21s (Mikoyan-Gurevich) that nearly cost his life and our country a near war.

A fighter-jet that was acquired in the 1960s and swelled up to 872 in numbers over the years is being phased out but not quickly enough as over half of these flying dinosaurs have crashed, killing over 200 pilots and many civilians, mostly in peacetime.

There is little denying the role MiG-21s played in India's full-blown war with Pakistan in '65 and '71; and during Kargill conflict in 1999; but it's hugely outdated now. The joke is that you are a real fighter pilot if you could land your MiG-21 safely. Or that it's just a hollow tube with a single engine.

Around 110 of these jets were upgraded to MiG-21 "Bison" in 2006 but a series of crashes thereafter, a few recounted below, tell a tale of a patient who is being artificially kept alive at a grave risk to its pilot and the nation.

May 27, 2009: Crashed near Jodhpur. Air Commodore S C Deo, one of IAF's most experienced pilot, could eject himself to safety;

September 10, 2009: Crashed nearly Bhatinda, Punjab. Fl. Lt Manu Akhouri saved many lives by steering his falling aircraft away from populated areas. Sadly, he couldn't save himself;

June 15, 2010: Crashed nearly Rajkot, Punjab. Wing Commander Sandeep Singh not only steered the dying plane away from populated area but also ejected himself to safety;

Related Topic(s): Aircraft; Congress; Defence; Soldiers, Add Tags
Add to My Group(s)
Go To Commenting
The views expressed herein are the sole responsibility of the author and do not necessarily reflect those of this website or its editors.