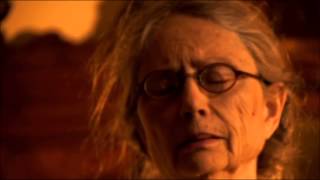 There are chickens outside my window right now -- but they are not Israeli chickens. They aren't even Palestinian chickens either. Long story. Bethlehem was my original destination. But then I got side-tracked for a while.

At the border between Jordan and Israel/Palestine the other day, I handed over my passport to a sweet-looking 20-something Israeli border guard. She did not give it back. I waited an hour. "Can I please have my passport back now?" I meekly asked a few times more -- long after almost everybody and his brother who came on the bus with me had already passed through.

I waited another half-hour, asked a few more times and then finally went off to the freaking office myself. "The computer's down," they told me at the front desk. What? They want to run my name through a computer now? Now it's beginning to sound a bit too much like Big Brother. But still, I bet they won't have to search very far. I've been on some weird hyper-Zionist's radar a lot lately and he's been threatening to use his influence in Israel to get me banned there. Apparently Israel is a democratic country -- just as long as you don't practice free speech. But maybe he's Netanyahu-The-Hater's new BFF? If so, I'm screwed.

At that point, however, this really nice young woman and this really nice young man popped up from out of nowhere and started to lead me off into the bowels of the office's inner sanctum, a warren of small interrogation rooms in the back. "This is bound to end badly," I thought to myself, seriously considering grabbing onto a door frame, shouting "Attica!" and refusing to move. But I didn't.

"We'll keep an eye on them." I just bet that you will. But the really nice young man appeared to be non-threatening, friendly and having only my best interests at heart -- plus did I really have any other choice?

Next they herded me into one of their many interrogation rooms where a friendly-looking detective-type was seated at a computer -- maybe like that guy on CSI? And he started asking me questions. "Are you here to be in a demonstration?" Er, no.

"I'm here to go to Bethlehem and have a nice chit-chat with Jesus."

"Have you ever been in any demonstrations before?" Well, sure. I'm from freaking Berkeley. What do you think. MLK, Vietnam, 1960s stuff. Homelessness, ICE, that illegal Syria invasion, neo-Nazi White supremacists, modern stuff.

"Do you know about ISM?" The International Solidarity Movement, Rachael Corrie's group? If I say yes, will they run me over with a bulldozer too?

"Yes, I do," I replied. "And I also know about AIPAC." Couldn't resist throwing that in. But then I noticed a tiny video camera on the desk that was pointed straight at me. Oh goodie! Now I'm gonna star in a IDF training film? Gave it a little finger-wave.

"Give us the names of any Palestinians you know." Hmmm. Let's see. There's that guy who owned a grocery store back in Berkeley. I used to buy sandwiches there....

Stillwater is a freelance writer who hates injustice and corruption in any form but especially injustice and corruption paid for by American taxpayers. She has recently published a book entitled, "Bring Your Own Flak Jacket: Helpful Tips For Touring (more...)
Related Topic(s): Banned; Border Dispute; Interrogation; Israeli Government; Questions, Add Tags
Add to My Group(s)
Go To Commenting
The views expressed herein are the sole responsibility of the author and do not necessarily reflect those of this website or its editors.

200 Concubines: In India, it's hard not to think about sex!

My trip to North Korea: Pictures worth a thousand words?

Our dual-citizenship Congress: Lotsa pork for Israelis, no pork for California?