San Francisco Supervisor Ross Mirkarimi, who champions many city-based green initiatives, most notably the ban on plastic bags in San Francisco, spoke at City Hall on May 27 where Greenpeace presented a new report that showed the green-leaning state of California is still a leading emitter of global warming pollution. After the press conference, the organizers marched over to the office of House Majority Leader Nancy Pelosi to deliver 30,000 petitions urging Congress to implement stronger measures to prevent global warming.

Calling the situation "urgent" in this video, Mirkarimi gave a rallying cry to Californians to reduce our carbon footprint. "California is the poster child for what is not going right in terms of carbon emissions, the Supervisor said. "It is our responsibility socially, culturally, philosophically, feduciarily and environmentally that we lead the pack." 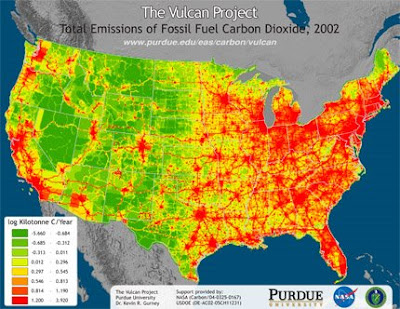 State Assemblyman Tom Ammanio provided a statement calling for leadership from Congress. "Despite California's efforts, we are still ranked second in the nation for the highest amount of global warming emissions. Giving lip service to renewable energy or simply talking green will not be enough – we need strong committed leadership that will call for significant reductions and progressive environmental standards. This report should act as a wake-up call to all of us."

The America's Share of the Climate Crisis report released by Greenpeace reveals that California emitted more global warming pollution from fossil fuel consumption between 1960 and 2005 than 170 of the 184 countries studied. The report also finds that the US:

The Greenpeace report states that despite President Obama's calls for stronger climate legislation and $80 billion of economic stimulus funds to develop clean, renewable energy, these measures fall short of meeting the requirements necessary to avert a climate catastrophe.

Earlier this month, Greenpeace called out these "conservative" Democrats for supporting the widdling away of the American Clean Energy and Security Act (ACES) to relieve dirty energy providers of a capital crunch that would otherwise likely kill the coal-energy industry. 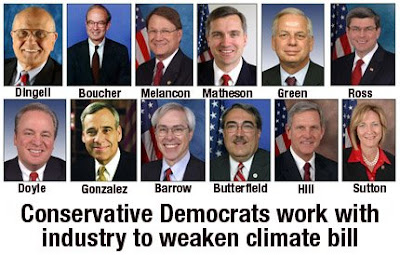 "Despite the best efforts of Chairman Waxman, this bill has been seriously undermined by the lobbying of industries more concerned with profits than the plight of our planet. While science clearly tells us that only dramatic action can prevent global warming and its catastrophic impacts, this bill has fallen prey to political infighting and industry pressure. We cannot support this bill in its current state. We call on President Obama and leaders in Congress to get back to work and produce a bill, based on science, which presents a clear road map for significantly reducing greenhouse gas emissions, transforms our economy with clean, renewable energy technology, generates new green jobs and shows real leadership internationally."

One of the chief concerns that critics of the American Clean Energy and Security Act (ACES) have is that it gives legacy energy providers, such as coal, 60 per cent of the money generated in a carbon market compared to the 18 percent allotted to renewable providers such as wind and solar. This higher allowance to traditional energy providers disincentivize a quicker shift to renewable energy from a monetary point-of-view.

We are actually pretty worried about it," says Matt Cheney, CEO of Renewable Venture. "It's basically saying that by virtue of having polluted you now have the right to pollute in the new cap and trade program," Cheney says.

According to this graph below, the amendments to the ACES have also had a coincidentally beneficial impact on the stock prices of the coal industry.

Mirkarimi was recently appointed to the Bay Area Coastal Commission

Appalachia Rising Despite Business As Usual

Clemente Wants to Turn Up the Heat