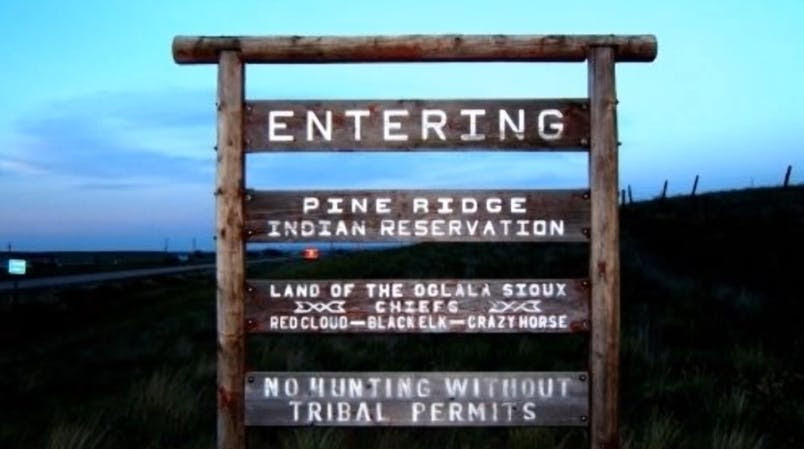 On Friday, May 9th, both the Cheyenne River and the Oglala Lakota received mandates from Kristi Noem to take down any checkpoints on state roads going into the reservations. Chairman Harold Frazier of Cheyenne River unapologetically responded to the governor that they would continue protecting everyone on the reservation. He continued, "We invite you to join us in protecting the lives of our people and those that live on this reservation. I regretfully decline your request. I stand with our elder Councilman Ed Widow that the purpose of our actions is to, 'save lives rather than save face.'"He cited the 1868 Laramie Treaty that cites "no white person or persons shall be permitted to settle upon or occupy any portion (of the nation) without consent of the Indians first."

Although the Oglala Tribal Council, as of this writing, has not yet come to a consensus, last week on May 2nd it voted unanimously to write a letter to Governor Noem saying she is no longer welcome on the Pine Ridge Reservation unless she rescinds her support for bills aimed against Keystone XL pipeline protestors. Julian Bear Runner, president of the Oglala Lakota nation was "particularly offended" that Noem did not consult with them, but did with those building the pipeline. The Oglala have also been upset with the lack of assistance coming from the state, in spite of the obvious high risk for its people.

As is typical with social/ecological injustice, inseparable concepts, American Indians are suffering disproportionately from COVID-19. In 2009 American Indians and Alaska Natives died of the Swine Flue (2009) at four times the rates of all other racial and ethnic groups combined according to the National Institute for Health (NIH). The Navajo nation, the largest of the Indigenous nations in the United States has the 3rd most cases of the new Corona virus behind New York and New Jersey per capita. Such statistics relate to education, distrust of government orders, poverty, poor health services, extremely high rates of diabetes, tuberculosis, pneumonia, obesity and heart disease.

Although Pine Ridge, the poorest county in the United States, suffers greatly from such inequities, it responded quickly to the COVID-19. After the first case, it began quarantine measures. All of us who are pipe carriers were told to continue praying, making prayer ties every Saturday at sundown, but to not do inipi ceremonies (purification lodges) with outsiders in respect for the contagious properties of the virus. So quick isolation coupled with spirituality and prayers were key. I recently talked to Dr. Berlinda Begay, a traditionalist Navajo language speaker and educator, and she reported that now more and more people are starting to better practice isolation and are turning back to traditional medicine and ceremony, but this did not happen early on. For community-based groups, this is an especially challenging idea.

American Indians are not only disproportionately losing out on health care services, which have long been dismal, they are responsible for providing services on their lands that state and local governments usually pay to their citizens. a tax base now, with any businesses including casinos shut down, the situation can only get worse for America's First Nations. This responsibility is based on treaty obligations that, although the Indians honor, the government often does not. Vine Deloria, Jr. expresses this problem well in a chapter he titled "Conquest Masquerading as Law" for my edited text, Unlearning the Language of Conquest: Scholars Expose Anti-Indianism in America.)

It will be interesting to see what outcomes prevail tomorrow when the governor's "or else" ultimatum goes into effect. Personally, I think the Lakota will have a rare victory in their efforts to overcome the state or federal government in order to save lives.

Wahinkpe Topa (Four Arrows) is a professor at Fielding Graduate University. Former Director of Education at Oglala Lakota College, he is a made-relative of the Oglala and a Sun Dancer. Selected by AERO for their text Turning Points as one of 27 (more...)
Related Topic(s): Corona Virus Coronavirus Covid-19; Sioux; Sioux Nation; South Dakota; South Dakota Republican Governor Kristi Noem, Add Tags
Add to My Group(s)
Go To Commenting
The views expressed herein are the sole responsibility of the author and do not necessarily reflect those of this website or its editors.