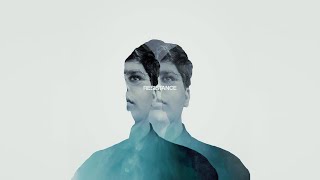 "There is no more dangerous menace to civilization than a government of incompetent, corrupt, or vile men." ~Ludwig von Mises

The government has shut down again.

At least, parts of the government have temporarily shut down over President Trump's demand for a $5 billion border wall.

Yet while these political games dominate news headlines, send the stock market into a nosedive, and put more than 800,000 federal employees at risk of having to work without pay, nothing about this government shutdown will diminish the immediate and very real dangers of the American Police State with its roadside strip searches, government surveillance, biometric databases, citizens being treated like terrorists, imprisonments for criticizing the government, national ID cards, SWAT team raids, censorship, forcible blood draws and DNA extractions, private prisons, weaponized drones, red light cameras, tasers, active shooter drills, police misconduct and government corruption.

Indeed, take a look at the programs and policies that are not affected by a government shutdown, and you'll get a clearer sense of the government's priorities, which have little to do with serving taxpayers and everything to do with amassing money, power and control.

Not even NORAD, the North American Aerospace Defense Command that tracks Santa Claus' route across the globe, will have its surveillance efforts curtailed one iota.

Surveillance will continue unabated. On any given day, whether you're walking through a store, driving your car, checking email, or talking to friends and family on the phone, you can be sure that some government agency, whether the NSA or some other entity, is listening in and tracking your behavior. Police have been outfitted with a litany of surveillance gear, from license plate readers and cell phone tracking devices to bio-metric data recorders. Technology now makes it possible for the police to scan passersby in order to detect the contents of their pockets, purses, briefcases, etc. Full-body scanners, which perform virtual strip-searches of Americans traveling by plane, have gone mobile, with roving police vans that peer into vehicles and buildings alike -- including homes. Coupled with the nation's growing network of real-time surveillance cameras and facial recognition software, soon there really will be nowhere to run and nowhere to hide.

Government spying will continue unabated. Government shutdown or not, the National Security Agency (NSA), with its $10.8 billion black ops annual budget, will continue to spy on every person in the United States who uses a computer or phone using programs such as PRISM and XKEYSCORE. By cracking the security of all major smartphones, including iPhone, Android, and Blackberry devices, NSA agents harvest such information as contacts, text messages, and location data. And then there are the NSA agents who will continue to use and abuse their surveillance powers for personal means, to spy on girlfriends, lovers and first dates.

Global spying will continue unabated. The NSA's massive surveillance network, what the Washington Post refers to as a $500 billion "espionage empire," will continue to span the globe and target every single person on the planet who uses a phone or a computer. The NSA's Echelon program intercepts and analyzes virtually every phone call, fax and email message sent anywhere in the world. In addition to carrying out domestic surveillance on peaceful political groups such as Amnesty International, Greenpeace and several religious groups, Echelon has also been a keystone to the government's attempts at political and corporate espionage.

Egregious searches will continue unabated. Under the pretext of protecting the nation's infrastructure (roads, mass transit systems, water and power supplies, telecommunications systems and so on) against criminal or terrorist attacks, Transportation Security Administration (TSA) task forces (comprised of federal air marshals, surface transportation security inspectors, transportation security officers, behavior detection officers and explosive detection canine teams) will continue to do random security sweeps of nexuses of transportation, including ports, railway and bus stations, airports, ferries and subways. Sweep tactics include the use of x-ray technology, pat-downs and drug-sniffing dogs, among other things.

The undermining of the Constitution will continue unabated. America's so-called war on terror, which it has relentlessly pursued since 9/11, has chipped away at our freedoms, unraveled our Constitution and transformed our nation into a battlefield, thanks in large part to such subversive legislation as the USA Patriot Act and National Defense Authorization Act. These laws -- which completely circumvent the rule of law and the constitutional rights of American citizens, re-orienting our legal landscape in such a way as to ensure that martial law, rather than the rule of law, our U.S. Constitution, becomes the map by which we navigate life in the United States -- will continue to be enforced.

Militarized policing will continue unabated. Thanks to federal grant programs allowing the Pentagon to transfer surplus military supplies and weapons to local law enforcement agencies without charge, police forces will continue to be transformed from peace officers into heavily armed extensions of the military, complete with jackboots, helmets, shields, batons, pepper-spray, stun guns, assault rifles, body armor, miniature tanks and weaponized drones. Having been given the green light to probe, poke, pinch, taser, search, seize, strip and generally manhandle anyone they see fit in almost any circumstance, all with the general blessing of the courts, America's law enforcement officials, no longer mere servants of the people entrusted with keeping the peace, will continue to keep the masses corralled, under control, and treated like suspects and enemies rather than citizens.

Related Topic(s): Censorship; Drone; Fascist; Government Lawlessness; Government Shutdown; NSA; Opposition; Police Abuse Of Power; Surveillance, Add Tags
Add to My Group(s)
Go To Commenting
The views expressed herein are the sole responsibility of the author and do not necessarily reflect those of this website or its editors.