By Gary Flowers and Greg Palast for Richmond Free Press 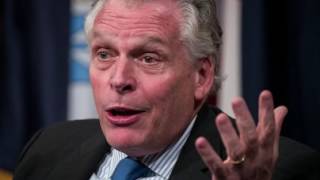 Imagine a wonderful parting gift from Gov. Terry McAuliffe. Imagine if Gov. McAuliffe put an end to Virginia's strange and inexplicable participation in a GOP voter suppression trick that reeks of Jim Crow.

Since 2013, this stealth voter purge program has cost tens of thousands of Virginians of color their right to vote. It's called Interstate Crosscheck.

Interstate Crosscheck is the suspect computer program created by Kris Kobach, former Kansas secretary of state and a Trump administration appointee as vice chair of the Presidential Advisory Commission on Election Integrity, also known as the Voter Fraud Commission.

President Trump, who is unfit to serve, alleged that millions of Americans were registered or "voting many, many times" in two or more states in the same election -- a felony.

In June, Gov. McAuliffe laughed off these claims of mass voter fraud as nonsense and denounced the Election Integrity Commission as "a tool to commit large-scale voter suppression."

What Gov. McAuliffe did not say -- and apparently did not know -- is that Virginia already had turned over the files to Mr. Kobach months earlier.

In January, Virginia's Elections Board sent Mr. Kobach the voting records of 5,629,081 Virginians, including their birth date and Social Security data.

Mr. Kobach, using his Crosscheck computer-matching program, has generated a list of an astonishing 3.1 million Americans that he has tagged as suspected "duplicate" voters or registrants.

What is not so laughable is that 28 states have removed hundreds of thousands of voters named on Mr. Kobach's secret lists. Not surprisingly, almost all of the Crosscheck states are Republican controlled. A surprising exception: Virginia.

So who are these Virginians discovered by Mr. Kobach who dare to register to vote in two states at once?

Despite official resistance, a Rolling Stone magazine investigations team obtained Virginia's Crosscheck list of the accused. For example, according to Crosscheck, James Cross Barnes III of Arlington is "potentially" the same voter as James Elmer Barnes Jr. of Fayetteville, Ga. And James Anthony Barnes is supposed to be the same person as James Ratcliffe Barnes Jr.

Greg Palast's investigative reports appear in Rolling Stone, the Guardian and on BBC Television. His latest film, The Best Democracy Money Can Buy, on how Donald Trump stole the 2016 election, is available on Amazon. Palast is Patron of the Trinity (more...)
Related Topic(s): Elections; Interstate Crosscheck; McAuliffe-Terry; NAACP; Vote Suppression, Add Tags
Add to My Group(s)
Go To Commenting
The views expressed herein are the sole responsibility of the author and do not necessarily reflect those of this website or its editors.