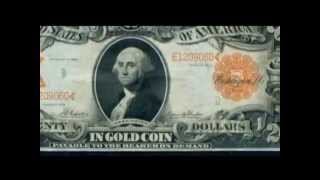 A new kind of fascism has taken over America: the merger of corporations and government whereby corporate power dominates.
(Image by YouTube, Channel: OriginalIntentDoc)   Details   DMCA

Today, the bands of nouveau corporate royalists (with coats of arms bearing such names as Mercer, DeVos and Koch) are determined to take back those middle-class gains of yesteryear. They are working to achieve this through a coordinated, long-term campaign to crush the ability of working people to unionize, bust America's middle-class wage structure, eliminate job security and emasculate government as a force capable of controlling corporate avarice and arrogance.

These latter-day royalists are employing a more sophisticated thuggery than brute force (though don't think they wouldn't resort to it). Instead, their goons are more likely to be in Gucci than brogans, using dollars and computers rather than clubs and guns. They have been recruiting, financing, training, deploying and coordinating thousands of political operatives to work through hundreds of front groups, law firms, think tanks, PACs, lobbying offices, media and PR consortiums, faux academic centers, astroturf campaigns and, of course, compliant politicians.

Among the compliant is our covey of hyperactive governors, all carrying basically the same anti-worker, anti-democratic policy ideas. Their unified agenda wasn't produced by telepathy or freakish happenstance, but by the AFC, ALEC, IFL, SPN and other obscure organizational acronyms unknown to 99 percent of Americans. Behind the nondescript acronyms are aggressive and insidious right-wing wonk shops that have been set up and richly financed by the corporatists to prepare and hand-deliver pro-corporate programs to compliant governors and key legislators. Once delivered, the organizations work (usually clandestinely) to get the programs enacted. Let's peek inside one of those acronyms.

American legislative exchange council. "ALEC is the nation's largest nonpartisan, individual membership association of state legislators," explains a brochure of this secretive organization. Maybe your very own local lawmaker is one of them -- but you won't get that information from ALEC, which hides its list of legislators from public view.

The "exchange" in ALEC's name is not between lawmakers, but between lawmakers and such behind-the-scenes powers as Alcoa, Altria, Amway, AT&T, Bayer Corp, Caterpillar, ExxonMobil, Koch Industries, Kraft Foods, Peabody Energy, Pfizer, Reynolds American, State Farm Insurance and UPS. These giants form ALEC's "private enterprise board," and they are among the self-interested corporations that put up its money and shape its agenda.

What do corporations get for their tax-deductible donations? A greased skid for sliding their wish list into the laws of multiple states. ALEC is something of a speed dating service. It holds three national conferences a year, plus convening issue-specific policy sessions in 20 to 30 state capitols annually. These are cozy sessions that conveniently gather groups of legislators to meet in private with corporate executives. The two groups schmooze together and develop bills to help extend corporate power over workers, consumers, environmentalists, and others -- then the lawmakers go back home to pass the corporations' bills.

ALEC is the ultimate back room for corporate-legislative collusion. Its promotional brochure describes it as a dynamic partnership "that will define the American political landscape of the 21st century."

That's no empty threat. ALEC's tete-a-tetes result in about 1,000 bills being introduced across America every legislative session, and an ALEC official proudly adds, "We usually pass about 200 bills a year."

Related Topic(s): Alec; Corporate Fascism; Corporations; Power, Add Tags
Add to My Group(s)
Go To Commenting
The views expressed herein are the sole responsibility of the author and do not necessarily reflect those of this website or its editors.