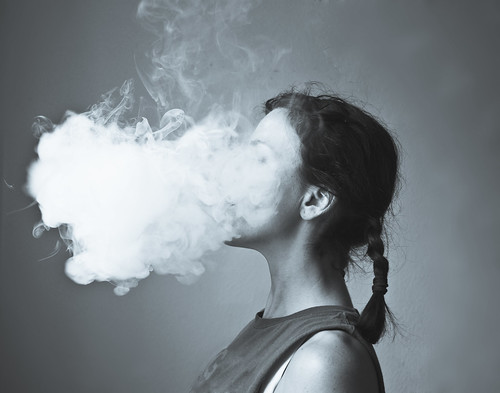 Cash-strapped Pakistan government is encouraging people to smoke more and contribute to the national kitty. The cigarette-manufacturing companies--just two companies account for 98 percent market share--are laughing all the way to their bank. The smuggling mafia is celebrating as well; it is meeting almost half of the demand for cigarettes.

Annual cigarette consumption in Pakistan is around 86.7 billion sticks -- up from 49 billion in 1997. Local production averages just above 57 billion sticks a year. So smuggled cigarettes and illegally manufactured cigarettes--illegitimate market in the local trade jargon--have patrons by hundreds and thousands.

According to various studies, between 2010-11 and 2015-16, illicit cigarette consumption has increased by 69 percent. All this is having a disastrous effect on the health of the nation, which, with some help from the British, was founded in 1947 as the home for Muslims of the Indian sub-continent.

Look at the statistics to grasp the enormity of the smoking bomb that Pakistan appears to value as it does its nuclear bomb. Almost 109,000 Pakistanis are bidding adieu to their dear ones annually and another 6,000 are checking into hospitals daily because of their addiction to the drag at a cigarette.

Official data shows that an estimated 40 percent men and nine percent women are smokers, and the number is increasing. The government must bear the cross for the swelling ranks of tobacco addicts. It is taxing moderately the low-priced cigarettes to curry favor with the smokers at the bottom of the pyramid saying they account for 80 percent of the market. This is the segment that the manufacturers and tobacco mafia are targeting.

Cigarette and other tobacco products are dead cheap in Pakistan when compared to the US and European countries. A popular brand pack costs 10 times in the US to what it costs in Pakistan. Even by Asian standards, the price of cigarettes in the Land of the Pure as the Pakistanis style their Islamic Republic, is very low, prompting even cynics to lament that mullahs, mafia, military, and militants have taken hold of their country.

Pakistan has no dearth of laws to check illegal cigarette trade. There are as many as 25 laws on the statue to curb this trade alone with 13 law-enforcing agencies responsible for cracking down on tax evaders, smugglers, and counterfeit-brand manufacturers. Yet, the government has failed to come to grips with the problem.

"Illegal tobacco products abound in the market. The plethora of laws have failed to nab criminals who manufacture, market counterfeit cigarettes and flout every law on the subject," Mehtab Haider wrote in a front-page dispatch in the multi-edition English daily, The News International, two years ago on September 07, 2016.

There is no change in the situation since then. In fact, it has worsened; the urge for smoking has not been dampened by the warnings on the cigarette packets; also by the total absence of tobacco advertisements in newspapers and on billboards, and television. How this feat has been achieved remains unclear.

Smoking in public places is banned under the law of the land that was framed as a concession to anti-tobacco campaigners in 2009. So, the phenomenon of money and health going up the smoke pipe deserves a close study.

Pakistan is poor third-world country. It cannot afford this luxury. Half of its population earns less than two dollars a day and lives mostly in ghettos though the country takes pride in its nuclear bombs and export-centric Islamist militant infrastructure.

Pakistan exchequer has lost (Pakistani) Rupees 62.9 billion in revenue from "illegitimate" cigarette trade (sale) during the financial year 2016-17 alone, says the latest study quoted by The News International a couple of weeks ago. This represents an increase of 21.2 percent over the revenue loss registered in the 2015-16 fiscal.

Around 25 percent of the cigarettes sold in Karachi--the most happening city of Pakistan--is said to be from illegal trade. Another 46 percent carry no price on the packets, according to the Pakistan National Heart Association (PNHA). Its research shows that 89.84 percent cigarettes sold in the local markets are locally manufactured within Pakistan.

There is enough evidence in public domain to show that the Islamist terrorist outfits, many of them based in Lahore, Peshawar, and Karachi, derive their financial muscle from the drug trade. Official patronage has been helping them to thrive and survive even as drug addiction has become what sedate Karachi daily, Dawn, terms as a silent epidemic.

The nexus between militants and drug trade has been well documented over the years and needs, therefore, no recapitulation. But what needs to underline is the reality that there is no visible and sustained campaign to check the drug menace as national priority number one.

management consultant by profession I live in Boston and frequent Asia and Far East on business trips. Like most of my ilk, I am also a blogger and hit the blogspace at irregular intervals though. My subjects of interest are wide ranging from (more...)
Related Topic(s): Banned; Cigarettes; Dawn; Financial; Ghetto; Health; Heart; Mafia; Manufacturing; Markets; (more...) Militants; Military; Mullah; Muslims; Pakistan Nuclear Program; Pakistani Taliban; Smuggling; Trade, Add Tags  (less...)
Add to My Group(s)
Go To Commenting
The views expressed herein are the sole responsibility of the author and do not necessarily reflect those of this website or its editors.