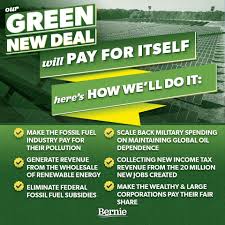 The sudden revival of Joe Biden's candidacy on Super Tuesday represents a victory for cautious centrists in the Democratic Party. They're afraid of Bernie Sanders and his self-proclaimed revolution on behalf of the working class, low income earners, and the environment threatened by the devastations of climate change. They fear Sanders strategy of "Going for Broke."

That strategy came in for criticism a few days ago from Paul Krugman in his New York Times op-ed called precisely that: "Bernie Sanders Is Going for Broke: Is maximalism the best political strategy?"

In the light of today's liturgical readings for this Second Sunday of Lent, the phrase "going for broke" has special meaning. The day's Gospel selection recounts the familiar story of Jesus' "Transfiguration," where on a high mountain, the Master's appearance is transformed (enlightened) before three of his apostles as he dialogs there with Moses and Elijah. Today, I'd like to give that dramatic parable a unique spin and explain it in historical context -- as liberation theologians might. I'll retell it in terms of Jesus establishing a go for broke strategy for himself and his followers on their paths of faith.

Before I get to that, however, consider Krugman's rejection of that approach.

The jumping off point for his criticism of "maximalism" was a Sanders ad centralizing Barack Obama's praise for the Vermont senator over the years. Krugman argued that such association is disingenuous since (in Krugman's words) Sanders' approach is a "go for broke maximalism" as opposed to Obamism which the columnist described as accepting "incremental, half-a-loaf-is-better-than-none politics."

Echoing traditionalist appeals for gradualism in the face of the Civil Rights and Women's Suffragist movements (not to mention Republican talking points), Krugman alleged, that Sanders' maximalism is unrealistic. After all, it includes "complete elimination of private health insurance and a vast expansion of government programs that would require major tax increases on the middle class as well as the wealthy." And Sanders would do all of this, the columnist argued, on the theory that it would win over white working-class constituents and bring a surge of new voters.

Apart from the fact that Sanders' strategy actually does find historical precedent in Roosevelt's New Deal in the 1930s (as Krugman himself argued on "Democracy Now" a week earlier), the columnist's words ignore the fact that only a "go for broke" strategy can save the planet at this moment of climate emergency.