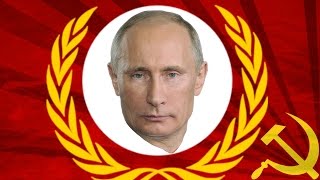 The 2017 Munich Security Conference arguably gave the game away right at the outset, via its annual "conversation starter" for the three-day event, a report titled Post-Truth, Post-West, Post-Order?

"Post-truth" is the new normal, as this is The Age of Spin. "Post-order" would in fact mean a remixed, neo-Westphalian order embracing multi-polarity, which the uni-polar establishment will fight to the death. And "post-West" is meaningless, because there is no crisis of the West. The real problem is a Made in the West confluence of neoliberalism and "humanitarian" imperialism.

It would be fruitless to expect Western political elites to abandon their carefully cultivated denial about the multiple ravages perpetrated all across the developing world in the name of neoliberalism posing as "liberal democracy."

And it would be fruitless to expect Western political elites to admit the post-9/11 world -- configured as a Pentagon-denominated Long War -- morphed into a regime change drive in the Middle East that then liberated the gift-that-keeps-on-giving Pandora's box of Salafi-jihadism.

The best Western political elites could come up with at their huddle that ended February 19 is this pearl of self-pity: "Donald Trump's comments about NATO being 'obsolete' have caused great uncertainty among America's allies, especially in Central and Eastern Europe. The European Union is under pressure, too, as it has to deal with Brexit, a populist surge, the refugee crisis, a potential return of the euro crisis, jihadist attacks, and a revisionist Russia."

Let no facts interfere with Western toil in this valley of tears. Forget about depicting NATO for what it is -- a military axis featuring an all-powerful leader and a bunch of vassals configured as a global Robocop.

And forget about admitting that the only unifying factor capable of explaining the predicament of Western elites must always be the Ultimate Bogeyman: "revisionist" Russia.

So what really happened in Munich?

Russian Foreign Minister Sergei Lavrov re-explained the obvious: we are in the birth pangs (remember Condi Rice?) of a new multipolar order that is under no Western hegemony, but configured instead by sovereign states following international law while respecting their own national interests.

That implies, on the bilateral US-Russia front, "pragmatic relations, mutual respect, understanding our special responsibility for global stability." Trump had called NATO "obsolete." Lavrov unwrapped the concept, stressing NATO "remained a Cold War institution." Lavrov himself delivered the clincher: "If you want, you can call it a 'post-West' world order."

Now that's absolute anathema for Western political elites. Hence NATO Secretary General Jens Stoltenberg's non-denial denial: "Our aim is not to isolate Russia. We don't want a new Cold War, we don't want a new arms race, what we do is measured and defensive." So those puny troops deployed to the Baltics and Poland are just a deterrence against "a more assertive Russia."

Running parallel to all this was the Mattis & Pence European Ally Appeasement Tour.

James Mattis and Michael Pence enthusiastically saluted the "transatlantic bond." Mattis described NATO as the "bedrock" of transatlantic security. But no matter what they said, at the heart of the matter is cold hard cash: the deadline is just one year away for America's European allies to lift military spending from an average EU level of 1.4% to 2.0% of GDP. That translates into a whopping US$100 billion more a year for a bunch of austerity-ravaged European nations.

Related Topic(s): Allies; America; International; NATO, Add Tags
Add to My Group(s)
Go To Commenting
The views expressed herein are the sole responsibility of the author and do not necessarily reflect those of this website or its editors.