The base is critical to victory--and it wants to move left. 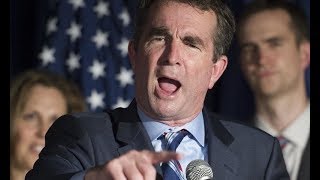 If you're a Democrat, there's a name for that unfamiliar emotion you were feeling last Tuesday night. It's called happiness. But there is a serious risk that the party will draw the wrong lessons from last week's results.

Here are seven important lessons from the November 7 results that a lot of Democrats seem to have missed.

1. It's too easy to fall for spin, or for easily digestible but misleading narratives.

What do a former Republican doctor, a Goldman Sachs executive turned Bernie-style economic populist, a transgender heavy metal singer, and a Virginia socialist have in common? They all won as Democrats.

You'd think a diverse group like this would make it hard to pigeonhole the election's results. That didn't stop some people from trying. On election night, Jennifer Psaki, former communications director for the Obama White House, told CNN viewers that Ralph Northam's victory in the Virginia gubernatorial race proved that Democrats must reject any "litmus tests" from the party's progressive wing. To Psaki, Northam's seemingly moderate posture proved that Democrats must run conservative candidates in some portions of the country. (While his bio is "centrist," Northam took progressive positions on several issues, most notably education.)

And yet, when "centrist" Jon Ossoff lost in Georgia's Sixth Congressional District (despite a massive infusion of outside money, Ossoff failed even to match Hillary Clinton's numbers in his suburban district), Psaki reassured Democrats that there was no need to worry. Ossoff was helping to define a winning strategy, she wrote, even in defeat. Our own analysis of that race showed that Ossoff could have closed the gap and won the election if he had appealed more directly to some of the people who have been hit hardest by ongoing weakness in the economy: African Americans, Hispanics and young people.

Writing in the Columbia Journalism Review, Jon Allsop injects an appropriate note of caution into coverage of last week's. As satisfying as it is for some Democrats to read about a "forceful rebuke" or "stinging repudiation" of the president they despise, that's overly simplistic. The dynamics of voter turnout in an off-year vote like this one differ significantly from congressional and (especially) presidential elections.

2. Hatred of Trump won't save the Democrats.

Last week's victories offer only a temporary distraction from the Democratic Party's ongoing troubles. Voter approval of the party is at a 25-year low, down to 37 percent from March of this year. Perhaps even more significantly, approval is down markedly among nonwhites and young voters, two groups the party needs for long-term success.

The fact that Republicans are even more unpopular should offer little comfort, since these numbers point to increasingly low turnout. That will benefit the GOP, which has gerrymandered itself into near-perpetual incumbency over much of the country.

The media always need a narrative, and this time around it chose "Trump repudiation." But it would be a mistake for Democrats to build their 2018 or 2020 campaigns solely around Trump's manifold flaws. They did that in 2016, and it didn't work out too well.

If there was an overarching message to last week's results, it may well have been that nontraditional candidates -- including ex-Republican physician Northam, first-time political candidate Murphy and the newly elected Virginia delegates -- were more attractive to voters than "career politicians."

3. A Berniecrat would also have won in Virginia.

Related Topic(s): Democrats Progressive; Economic; Politics; Polling; Socialism, Add Tags
Add to My Group(s)
Go To Commenting
The views expressed herein are the sole responsibility of the author and do not necessarily reflect those of this website or its editors.