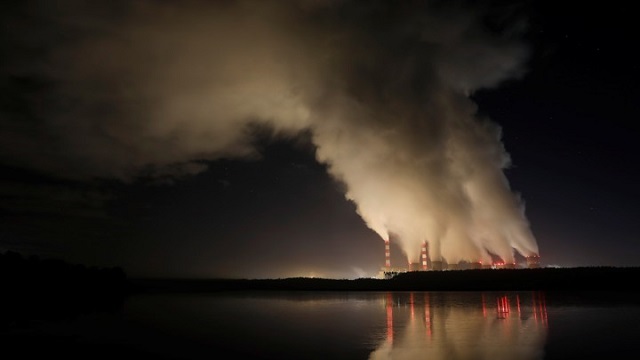 Rather than expending energy on reviewing, handicapping and researching the policy positions of the leading Democratic candidates for the role of the losing challenger in the 2020 US Federal election, might our time not be better spent war-gaming the next five plus years of a Trump presidency effectively in control of the Judiciary and at least half of a broken-down, worthless Congress? Several former Democratic presidential candidates shadow these ruminations: Humphrey, McGovern, Mondale, Dukakis, Gore, Kerry and, the darkest of all, if only because most recent, Hillary Clinton. My consciousness is forever dappled by the failure that each of these names represent - and these were the 'winners' of seemingly endless internecine machinations before their fall, come election time. Those who have longer living memories of the American electoral process, or indeed, a greater grasp of its history, can doubtless add to this list of the politically maladroit, the inept and the spiritless: losers all. Do we really care so very much who, in 2020, will be added to their number?

The environmental, social, financial and international violence perpetrated by the Trump government are tactical instruments of ideological coercion. Might not the far greater violence of global warming, or more explicitly of extinction, be used as a countervailing instrument of radical change? Not with the game-board set up as it now is.

The Democratic National Committee, in its quest to remove the last microbe of radicalism from its platform, has, as of this writing, chosen not to devote one of its upcoming candidate debates to global warming, thus neatly twinning its party with their head-in-the-sand opponents and high-lighting the irrelevance of Federal electoral politics. The process is twice dead. Meanwhile, we face grave threats to our way-of-life while, at the same time, our way-of-life poses grave threats to the species with which we share the planet and ultimately, to our own continued existence.

The Republic is thus doubly threatened at a time when its ability to govern democratically is in extreme jeopardy. Trump arrived by a process that may not now be sufficient to remove him. We should not, as Bruno Latour warns, fall into an understanding of time passing as if it were abolishing the past behind it. He warns, "The past remains and even returns". So it is that Trump is not a novelty - he is an echo of a dark past that remains present because of the intensity of its historicity.

Hitler sized power early in January 1933 and President Paul von Hindenburg then declared him Chancellor in the political chaos that followed the Reichstag Fire. He sought to further legitimize his position by holding elections in March and despite a concerted campaign of violence, propaganda and voter repression, the National Socialists won less than 44% of the vote. Yet two weeks after the election, with the support of all non-socialist members of the Reichstag, he forced through an amendment to the Weimar Constitution giving himself dictatorial powers. At the same time, he established an alternative system of 'justice' that existed without judicial controls and created the National Socialist League of German Jurists that purged all Jewish and socialist lawyers from the system. The Reichstag was thus neutered, and the judicial system became actively aligned with Nazi ideology.

In our war-gaming, we can assume that the Electoral College and the ineptitude of the Democratic Party will deliver the election to Trump in 2020. We are now complicit in his continuing in office in ways that will likely lead to a dynasty devoted to its own aggrandizement rather than to an attempt to confront the mortal perils of a climate-changed world. War-games can be made real by a desperate public non-violent maneuvers such as planning for a Federal tax-revolt or State succession, can begin immediately. 'Global warming' is available as both a casus belli and a tactical resource for its pursuit. But first, this phenomenon needs to be weaponized to break through our intransigence.

This year's fire season began in Southern California on Sunday June 9th when the Sky Fire erupted in Santa Clarita, just east of Six Flags Magic Mountain, causing a panicked evacuation of the theme park. Viewed from its roller coasters, the sight of a leaning tower of smoke with a carapace of flames at its base heading towards the park, (propelled by gusty winds from the east), doubtless added a frisson of mortal danger to visitors experiencing the carefully calibrated thrills of their chosen ride. For a few minutes that afternoon, before the park was hastily shut-down, each exercise in light-hearted gravitational duress was compounded by a naked fear of on-rushing, uncontrolled wildfire.

Los Angeles, 'Theme Park of the Apocalypse', as foretold by Mike Davis, reached its apotheosis in those few moments, as Nature (wildfire) threatened to invade one of the more extravagant built expressions of its Culture of sensory titillation (Six Flags Magic Mountain). This was Baudrillard's Hyperreality fully manifested - where the boundaries between the real and the mediated coalesce into a high-definition chimera.

David Wallace-Wells attempts a strangely parallel exercise, by injecting fear into the readers of his recent New York (June 13-26) cover article, 'Living with Fire What climate change has in store for Los Angeles' most of whom, one presumes, live on the east coast, where climate change wreaks a very different sort of havoc. Los Angeles, and in particular, Malibu, its north-western geographic extremity and cultural instantiation, is featured in his piece as a hellscape of perpetually threatened and frequently manifested wildfire. As Latour might suggest, he intensifies the event's historicity.

Wallace-Wells takes as his text the 2018 Woolsey Fire which ran from just west of the Ronald Reagan Freeway - jumping the 101 Freeway and then some seventeen miles to the Pacific where it scorched almost the entire 21-mile length of Malibu, from north to south. The images illustrating the article, suffused with the orange and red light of an inferno, are overlain with pull-quotes such as, "There's nothing left to burn, except us" and "You could see the smoke from Space". Its opening double page image is titled, "Los Angeles Fire Season is Beginning Again, and it will Never End". He articulates our doom amidst the colors of conflagration. But his article is not, as the magazine coyly claims, "A bulletin from our climate future". That future is now. For those living in California and much of the West, it is a horrifyingly present reality.

We need scare tactics to mobilize a complacent public. Hitler achieved his aims by the petty terror of the SA, his drunken brownshirts, and the more coldly professional violence of his personal paramilitary, the SS. Can we leverage the very real terror of fire in California, of sea-level rise in Louisiana, of Hurricanes in Texas, Florida and Puerto Rico, the heat-deaths in Phoenix and the storm surges in New York and Connecticut in order to viscerally impact every American? Weather violence can be reified as a political weapon; bewildering climate impacts can be augmented through media and transformed into heart-pounding Hyperreality. The lurid journalism of David Wallace-Wells shows us a way of smashing the windows of our complacency.

Global Warming, that vast amorphous phenomenon characterized as a hyperobject by Timothy Morton, is an all-encompassing reality. Its reach extends far beyond the puny swamp of special interests that is Washington D.C. It awaits its moment as a transformative element of global, governmental change. Birthed in the dark past of the Industrial Revolution, it's unleashed demons of fire, flood and drought may now force us to transcend our ideological divides and re-invent the political process.

But we can be reasonably sure that this transcendence will not occur within the bounds of America's next cycle of Federal elections.