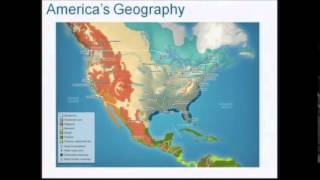 Colonel Andrew Bacevich, a professor at Boston University, served in Vietnam. His son was killed serving in Afghanistan. He comes from a military family. I know him. He is among the best that our country has produced.

As has occurred before, he has saved me from having to write an article by writing it himself. And he has written it better.

Bacevich points out that the orchestrated attack on President Trump is based on the assumption that President Trump has launched an attack on the open, liberal, enlightened, rule of law, and democratic order that Washington has established. This liberal world order of goodness is threatened by a Trump-Putin Conspiracy.

Bacevich, a rare honest American, says this that this characterization of America is a bullshit myth.

For example, the orchestrated image of America as the great upholder of truth, justice, democracy, and human rights conveniently overlooks Washington's "meddling in foreign elections; coups and assassination plots in Iran [Washington's 1953 overthrow of the first elected Iranian government], Guatemala, the Congo, Cuba, South Vietnam, Chile, Nicaragua, and elsewhere; indiscriminate aerial bombing campaigns in North Korea and throughout Southeast Asia; a nuclear arms race bringing the world to the brink of Armageddon; support for corrupt, authoritarian regimes in Iran [the Shah], Turkey, Greece, South Korea, South Vietnam, the Philippines, Brazil, Egypt, Nicaragua, El Salvador, and elsewhere -- many of them abandoned when deemed inconvenient; the shielding of illegal activities through the use of the Security Council veto; unlawful wars launched under false pretenses; 'extraordinary rendition,' torture, and the indefinite imprisonment of persons without any semblance of due process [the evisceration of the US Constitution]."

President Trump is in trouble, Bacevich says, because "he appears disinclined to perpetuate American hegemony."

American hegemony is the neoconservatives' God, and "the Russian threat" is the savior of the military/security complex's $1.1 trillion annual budget. President Trump is a threat to both.

Related Topic(s): Hegemony; Washington Greed, Add Tags
Add to My Group(s)
Go To Commenting
The views expressed herein are the sole responsibility of the author and do not necessarily reflect those of this website or its editors.