AMY GOODMAN: Well, Glenn, on Friday, President-elect Trump is meeting with CIA Director John Brennan, FBI Director James Comey and the DNI's, the director of national intelligence's, James Clapper, as they brief him, summarize what the 17 intelligence agencies say. Tell us who these three men are.

GLENN GREENWALD: Well, interestingly, James Comey has become, after Vladimir Putin, probably the most despised villain in the Democratic narrative about what happened in the election. In fact, after the election, Hillary Clinton blamed not Putin or WikiLeaks, but Comey, for why she lost, because of the letter that he wrote shortly before the election, in which he said that he -- the FBI was essentially reopening the investigation into whether she broke the law through the use of her emails. Comey was a Bush administration Justice Department official who was appointed not by George Bush, but by Barack Obama, to be the FBI director.

John Brennan was also a Bush-era CIA official, who is a supporter not of all aspects of the Bush torture program, but some aspects of it, including rendition and other interrogation techniques that are widely regarded as torture. And he was made the national security adviser in the Obama White House after Obama tried to make him CIA director in the beginning, and liberals objected and blocked his nomination, but he ultimately became CIA director. So these are Obama appointees who are running these agencies, even though they were high-level Bush officials in the middle of important, controversial war on terror policies. And they have a long history -- not just their agencies, but they themselves -- of approving legally dubious, if not outright illegal, programs and lying to and deceiving the public. And so, there are no angels in any of these machinations that are taking place as these various factions vie for power in this new scheme in Washington.

AMY GOODMAN: But who Donald Trump should find a lot of common ground with, who also wants to expand torture techniques, as he said, expand Guanta'namo, his own appointees.

GLENN GREENWALD: Well, I mean, I think, in fairness to people like James Comey and John Brennan and other people in the CIA and in the Pentagon, a lot of those people who became either actively involved in or in a more passively complicit way part of some of the more extreme war on terror programs actually did come to regret it, either on moral and legal grounds or just pragmatic grounds, that they realized that the U.S. -- that U.S. interests are undermined if they're doing things like operating black sites and torture camps all over the world. And, in fact, Brennan and other leading members of the CIA have even said, including Michael Hayden, that some of the things Donald Trump has said he wants to do, like murder the families of terror suspects or reintroduce even more extreme forms of torture, are such forms of war criminality that the CIA and the military would refuse to follow those orders.

So there is a significant part of that world that thinks that Trump has gone too far or will go too far. But there are also -- and that includes, actually, the person that he wants to make his defense secretary, which is General Mattis, who is a pretty outspoken opponent, actually, of the reintroduction of torture. But there are also some really unhinged extremists in that world, like Michael Flynn, obviously John Bolton, others who may end up with influence within the Trump administration who want to do all of that and even worse. And so, there is this jockeying for power over who it is who's going to have what levels of influence in what the U.S. government and the Trump administration does. And we still simply don't know who's going to prevail among these factions.

AMY GOODMAN: And what role do movements play in this now, Glenn?

And I think the only truly effective check against true abuse of power is popular revolt, popular protest. But in order for that to work, it can't just be confined to some sort of partisan movement. Remember, you had huge marches against the Iraq War in cities like San Francisco and New York and Washington and Los Angeles in 2003 that were ignored because they were viewed mostly as just liberal or Democratic supporters, and therefore viewed through a partisan prism. It has to be a kind of trans-partisan movement, where the American population really stands up and says, "This is not about ideology. This is about the choice between democracy and authoritarianism. And we choose democracy." And I do think that, ultimately, only popular movements are the kinds of force that can really put a meaningful check on things Trump wants to do.

AMY GOODMAN: That's Pulitzer Prize-winning journalist Glenn Greenwald, one of the founders of The Intercept. We'll link to his articles at democracynow.org. Also, to seePart 1 of our conversation with Glenn that we had with him yesterday on Democracy Now!, go to democracynow.org. This is Democracy Now! We'll be back in a minute. 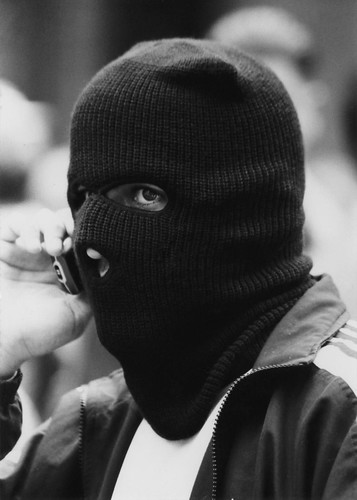 Democracy Now!  is a national, daily, independent, award-winning news program hosted by journalists Amy Goodman and Juan Gonzalez. Pioneering the largest public media collaboration in the U.S., Democracy Now! is broadcast on (more...)
Related Topic(s): Democracy; Glenn Greenwald; Intelligence; Protest; Russian Propaganda, Add Tags
Add to My Group(s)
Go To Commenting
The views expressed herein are the sole responsibility of the author and do not necessarily reflect those of this website or its editors.