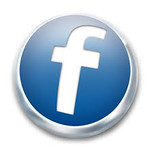 Facebook is being accused of censoring Palestinian activists who protest the Israeli occupation. This comes as Israeli Justice Minister Ayelet Shaked reportedly said in December that Tel Aviv had submitted 158 requests to Facebook over the previous four months asking it to remove content it deemed "incitement," and said Facebook had granted 95 percent of the requests. We speak with Pulitzer Prize winner Glenn Greenwald about his new report for The Intercept headlined "Facebook Says It Is Deleting Accounts at the Direction of the U.S. and Israeli Governments."

JUAN GONZALEZ: Well, we're spending the hour with Glenn Greenwald. His new report for The Intercept is about Facebook censorship. It's titled "Facebook Says It Is Deleting Accounts at the Direction of the U.S. and Israeli Governments." In it, he writes that Facebook representatives met with the Israeli government to determine which Facebook accounts of Palestinians should be deleted on the grounds that they constituted, quote, "incitement." Alternatively, Israelis have virtually free rein to post whatever they want about Palestinians, and calls by Israelis for the killing of Palestinians are commonplace on Facebook and largely remain undisturbed. That includes a recent Facebook campaign calling for vengeance against Arabs in retribution for the killing of three Israeli teenagers.

AMY GOODMAN: All of this follows President Trump's recognition of Jerusalem as Israel's capital and as the Israeli right-wing's push now to doom any attempt at a two-state solution. Today's New York Times reports, quote, "Prime Minister Benjamin Netanyahu's party for the first time has urged the annexation of Jewish settlements in the West Bank, and the nation's top legal officers pressed to extend Israeli law into occupied territory. In addition, the Israeli Parliament, after a late-night debate, voted early Tuesday to enact stiff new obstacles to any potential land-for-peace deal involving Jerusalem." Again, that's in The New York Times today.

Well, for more, we continue our conversation with Glenn Greenwald, the Pulitzer Prize-winning journalist and founding editor of The Intercept. So, your piece is headlined "Facebook Says It Is Deleting Accounts at the Direction of the U.S. and Israeli Governments." Can you explain exactly which accounts are being deleted and how you found this out?

GLENN GREENWALD: Sure. So, within the last week, Facebook deleted the Facebook account and the Instagram account -- Facebook is the owner of Instagram -- of the president of the Chechen Republic, Ramzan Kadyrov, who is a pretty monstrous tyrant. I don't think there's much doubt about that. There are very credible reports that he's at least acquiescing to, if not presiding over, the mass detention and torture and, in some cases, killing of LGBTs within his republic. He has killed and kidnapped and tortured political dissidents. He basically has free rein over the republic, although he ultimately reports to Moscow, but he has, essentially, autonomy over how to run the Chechen Republic. He's an awful tyrant. There's no doubt about that.

So, when Facebook decided suddenly to delete the accounts of the head of the state, who had a total of 4 million followers, they didn't say, "The reason we're doing it is because he's an awful tyrant," who has done all the things I just said. What they said was, "The reason we did it is because he was placed on a list that the United States government State Department manages and the Treasury Department manages, in which he is now the target of sanctions, which means that, under the law, we, Facebook, are obligated to obey the dictates of the United States government and no longer allow him to use our services."

Now, this rationale is sort of dubious. There are other people who are on the same list, like the president of Venezuela, Nicola's Maduro, and many of his top officials, who continue to use Facebook quite actively. But what the rationale actually means, if you think about it, is that the U.S. government, according to Facebook, now has the power to dictate to Facebook who it is who's allowed to use that platform to communicate with the world, and who will be blocked and who will be banned. And, you know, you can take the position, on the one hand, that Facebook is a private company, and it has the right to determine who uses its platform, which is true. The First Amendment technically doesn't apply to Facebook. But Silicon Valley giants have become so powerful and massive -- I would say, in particular, Google, Facebook and Apple -- that they're really much more akin now to public utilities, to almost their own private nation-states, than they are to just average corporations that have competition and the like, so that the power to eliminate somebody from Facebook is almost the power to eliminate them from the internet.

And to hear Facebook say it's the U.S. government, the Trump administration, that has the power to tell us who will use Facebook and who can't is extremely chilling, especially since already last year they proved that they were willing to do the same thing when it came to the Israeli government. As you just mentioned, Amy, there's an article in The New York Times today detailing that the Israeli right, which basically is the dominant faction in Israel, is finally being open about the fact that their real goal is not a two-state solution or a peace process, but is the annexation of the West Bank. And these politicians who are now openly advocating this are the same ones who summoned Facebook executives in October of last year to a meeting and directed them to delete the accounts of a huge number of Palestinian activists, journalists, commentators. And Facebook obeyed in almost every one of the cases, even though, as you indicated, Israelis remain free to say the most heinous and awful things about Palestinians, including an incitement.

So you see Facebook now collaborating with the most powerful governments on the planet -- the Israelis and the Americans, in particular -- to determine who is allowed to speak and who isn't and what messages are allowed to be conveyed and which ones aren't. And it's hard to think of anything more threatening or menacing to internet freedom and the promise of what the internet was supposed to be than behavior like this.

JUAN GONZALEZ: And, Glenn, is there any indication of the people, the Palestinians who were targeted by the Israeli government, that any of them were under U.S. sanctions, there was any reason for the United States to support this? Or was this basically an Israeli government-Facebook conflict, where the Israeli government insisted, if Facebook wanted to continue operating within Israel and the Occupied Territories, that it would have to do this?

GLENN GREENWALD: Yeah, it was basically just pure bullying and coercion on the part of the Israeli government. What they did was they said to Facebook, "We are going to enact a law that requires you to delete the accounts of the -- whatever accounts our government identifies as guilty of incitement. And the only way that you can avoid us enacting this law" -- and this law was going to say Facebook's failure to obey will result in massive fines and ultimately could result in the blocking of Facebook in Israel, the way that China blocks Facebook and other companies that don't comply with its censorship orders. "The only way," the Israeli government said to Facebook, "that you can avoid this law is if you voluntarily obey the orders that we give you about who should be deleted." And Facebook, whether because they were driven by business interests of not wanting to lose the Israeli market, or ideology, that they support the Israeli viewpoint of the world, whichever one of those motives might be driving them, or whatever mixture of motives, complied with the Israeli demands.

Democracy Now!  is a national, daily, independent, award-winning news program hosted by journalists Amy Goodman and Juan Gonzalez. Pioneering the largest public media collaboration in the U.S., Democracy Now! is broadcast on (more...)
Related Topic(s): Censorship; Facebook; Glenn Greenwald; Investigation; Israeli Attacks On Gaza; Israeli Apartheid; Israeli Pressure On US; State Corruption, Add Tags
Add to My Group(s)
Go To Commenting
The views expressed herein are the sole responsibility of the author and do not necessarily reflect those of this website or its editors.