No one should be annoyed when schoolkids start leaving class en masse or surprised that Green New Deal advocates call for dramatic overhaul of American society. We should be grateful 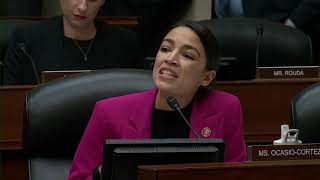 Forget "early warning signs" and "canaries in coalmines" we're now well into the middle of the climate change era, with its epic reshaping of our home planet. Monday's news, from two separate studies, made it clear that the frozen portions of the Earth are now in violent and dramatic flux.

The first, led by the veteran Greenland glaciologist Jason Box, looked across the Arctic at everything from "increased tundra biomass" to deepening thaw of the permafrost layer. Their conclusion: "the Arctic biophysical system is now clearly trending away from its 20th century state and into an unprecedented state, with implications not only within but beyond the Arctic." To invent a word, the north is rapidly slushifying, with more rainfall and fewer days of hard freeze; the latest data shows that after a month of record temperatures in the Bering Sea, ocean ice in the Arctic is at an all-time record low for the date, crushing the record set ... last April.

The other study looked at the great mountain ranges of the planet, and found that their glaciers were melting much faster than scientists had expected. By the end of the century many of those alpine glaciers would be gone entirely; the Alps may lose 90% of their ice. From the Caucasus to the South Island of New Zealand, mountains are losing more than 1% of their ice each year now: "At the current glacier loss rate, the glaciers will not survive the century," said Michael Zemp, who runs the World Glacier Monitoring Service from his office at the University of Zurich.

One could list the "consequences" of these changes in great detail. They range from the catastrophic (Andean cities with no obvious source of water supply once the glaciers have melted) to the merely bitter (no one is going to die from a lack of skiing, but to lose the season when friction disappears will make many lives sadder). For the moment, though, don't worry about the "effects," just focus on what it means that some of the largest systems on Earth are now in seismic shift.

What it means, I think, is that no one should be shocked when Extinction Rebellion activists engage in mass civil disobedience. No one should be annoyed when school kids start leaving class en masse. No one should be surprised that Green New Deal advocates are now calling for dramatic overhaul of American society. In fact we should be deeply grateful: these activists, and the scientists producing these reports, are the only people on the planet who seem to understand the scale of the problem.

Not our political leaders. Obviously not Trump, but even most of the theoretically engaged premiers and presidents let themselves constantly be distracted by much smaller questions. (Brexit would seem like a silly charade at the best of times; at the moment it seems actively obscene). Not our business leaders, who make occasional green-washing noises but continue passively belonging to organizations like the Chamber of Commerce that continues to fight serious change. Not those pension fund trustees still clinging to fossil fuel stocks even as they lose money.

The respectable have punted; so now it's up to the scruffy, the young, the marginal, the angry to do the necessary work. Their discipline and good humor and profound nonviolence are remarkable, from Alexandria Ocasio-Cortez to Greta Thunberg. They are what's left of our fighting chance.

The biggest physical features on the planet are now changing in ways they haven't since long before the dawn of human history. On the most distant poles, and on the highest peaks, we see almost unfathomable shifts. The only question is whether a similar shift is possible in our politics. Planet Earth is miles outside its comfort zone; how many of us will go beyond ours?

Bill McKibben is the author of a dozen books, including The End of Nature and Deep Economy: The Wealth of Communities and the Durable Future. A former staff writer for The New Yorker, he writes regularly for Harper's, The Atlantic Monthly, and The (more...)
Related Topic(s): Climate; Glaciers; Green; Permafrost; Politics; Scientists, Add Tags
Add to My Group(s)
Go To Commenting
The views expressed herein are the sole responsibility of the author and do not necessarily reflect those of this website or its editors.