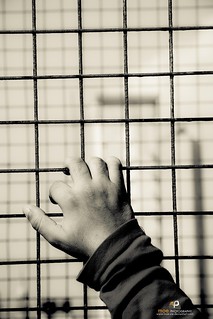 The loss of our freedom.
(Image by ▲Moe Adel)   Details   DMCA

"Since mankind's dawn, a handful of oppressors have accepted the responsibility over our lives that we should have accepted for ourselves. By doing so, they took our power. By doing nothing, we gave it away. We've seen where their way leads, through camps and wars, towards the slaughterhouse." " Alan Moore, V for Vendetta

What began with the passage of the USA Patriot Act in October 2001 has snowballed into the eradication of every vital safeguard against government overreach, corruption and abuse. Since then, we have been terrorized, traumatized, and acclimated to life in the American Surveillance State.

The bogeyman's names and faces change over time, but the end result remains the same: our unquestioning acquiescence to anything the government wants to do in exchange for the phantom promise of safety and security.

The Constitution has been steadily chipped away at, undermined, eroded, whittled down, and generally discarded to such an extent that what we are left with today is but a shadow of the robust document adopted more than two centuries ago. Most of the damage has been inflicted upon the Bill of Rights--the first ten amendments to the Constitution--which has historically served as the bulwark from government abuse.

Set against a backdrop of government surveillance, militarized police, SWAT team raids, asset forfeiture, eminent domain, overcriminalization, armed surveillance drones, whole body scanners, stop and frisk searches, roving VIPR raids and the like--all sanctioned by a corrupt government run by Congress, the White House and the courts--a recitation of the Bill of Rights now sounds more like a eulogy to freedoms lost than an affirmation of rights we should possess.

As I make clear in my book Battlefield America: The War on the American People, the Constitution, which was written to hold the government accountable, has been on life support for some time now and all efforts at resuscitating it may soon prove futile.

Consider for yourself what it means to live under the Constitution today.

Related Topic(s): Freedom; Freedoms, Add Tags
Add to My Group(s)
Go To Commenting
The views expressed herein are the sole responsibility of the author and do not necessarily reflect those of this website or its editors.