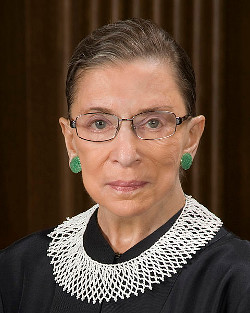 After going to see the production of "The Originalist" in New York City on Sunday night, Supreme Court Justice Ruth Bader Ginsburg stopped to chat with some of the press. CNN quotes Ginsburg as saying she intends to stay on the SCOTUS bench for another five years

Related Topic(s): Backfire Effect; Democrats; Supreme Court Justice Ruth Bader Ginsburg; US Supreme Court, Add Tags
Add to My Group(s)
Go To Commenting
The views expressed herein are the sole responsibility of the author and do not necessarily reflect those of this website or its editors.