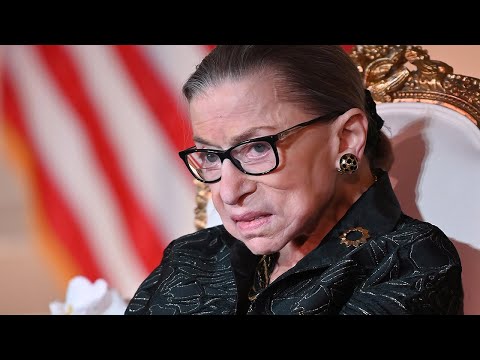 When I was sworn in to practice before the Supreme Court in 2007, I sat near the front of the gallery. Ruth Bader Ginsburg, the five-foot-tall justice, was barely visible over the bench behind which she sat. On two occasions, Ginsburg visited the law school where I taught for many years. She graciously created the Thomas Jefferson School of Law Ruth Bader Ginsburg Lecture Series at our annual Women and the Law Conference, which featured leading feminist scholars.

In all three instances, I was struck by the stark contrast between her diminutive stature and her commanding presence. Now, in death, Ginsburg commands the national discourse. How, when and who will fill her vacant seat promises to have a powerful, even determinative, effect on the election and the future of the Supreme Court itself.

After Justice John Paul Stevens retired 10 years ago, Ginsburg assumed the role of leader of the liberal wing of the Supreme Court. During her tenure on the high court, Ginsburg wrote landmark decisions, many of them in dissent upholding the rights of women, LGBTQ people, immigrants, people of color, criminal defendants, people with mental disabilities, workers, and the poor. Ginsburg "cast more liberal votes than any other justice in the court's weightiest cases," law professor and political scientist Lee Epstein from Washington University in St. Louis told The New York Times.

Before her confirmation to the Court in 1993, Ginsburg had already distinguished herself as a leader in the fight for gender equality. As a lawyer for the ACLU during the 1970s, Ginsburg handled six cases in the Supreme Court, winning five of them. In 1971, she scored her first victory in Reed v. Reed, a case in which the Court for the first time struck down a state law as violative of equal protection based on sex discrimination. Ginsburg filed an 88-page brief that detailed the ways in which the law perpetuated the oppression of women. Known as the "grandmother brief," it provided a model for lawyers litigating gender rights cases. In the brief, Ginsburg argued laws that discriminate based on sex, like those that discriminate on account of race, should be judged with strict judicial scrutiny. Women, like people of color, she noted, have suffered a history of discrimination under the law.

In perhaps her most significant majority opinion as a Supreme Court justice, Ginsburg wrote in the 1996 case of U.S. v. Virginia that excluding women from admission to the Virginia Military Institute violated equal protection. She maintained that sex differences may not be used "for denigration of the members of either sex or for artificial constraints on an individual's opportunity." Differential treatment, Ginsburg wrote, cannot "create or perpetuate the legal, social, and economic inferiority of women."

One of Ginsburg's monumental dissents came in the 2007 case of Ledbetter v. Tire and Rubber Co., in which the majority upheld strict time limits for filing employment discrimination claims under Title VII of the 1964 Civil Rights Act. She pointed out that pay discrimination is not always easy to identify, writing, "Comparative pay information, moreover, is often hidden from the employee's view. Employers may keep under wraps the pay differentials maintained among supervisors, no less the reasons for those differentials." Ginsburg challenged Congress to overturn the ruling by changing the law, writing, "the ball is in Congress' court." Congress complied by passing the Lilly Ledbetter Fair Pay Act of 2009.

Another momentous Ginsburg dissent came in 2013 in the case of Shelby County v. Holder, in which the majority struck down Section 5 of the Voting Rights Act, that had established a formula for preclearance of jurisdictions with a history of racial discrimination. Ginsburg wrote, "Throwing out preclearance when it has worked and is continuing to work to stop discriminatory changes is like throwing away your umbrella in a rainstorm because you are not getting wet." Ginsburg's critique has particular resonance as the GOP increases its voter suppression efforts in the run-up to the 2020 presidential election. When she read her dissent from the bench, Ginsburg departed slightly from its written version in quoting Martin Luther King Jr.'s famous statement, "The arc of the moral universe is long, but it bends toward justice," and adding, "if there is a steadfast commitment to see the task through to completion."

One of Ginsburg's most noteworthy dissents came in the 2000 case that anointed George W. Bush president of the United States. In Bush v. Gore, a 5-4 majority of the Court overruled the Florida Supreme Court's order for a statewide manual recount in a very close election. Although conservatives usually champion states' rights, they turned that proclivity on its head to hand the election to Bush. Ginsburg noted, "[T]he Court's conclusion that a constitutionally adequate recount is impractical is a prophecy the Court's own judgment will not allow to be tested. Such an untested prophecy should not decide the Presidency of the United States."

Bush v. Gore is especially ironic in light of Donald Trump and Senate Majority Leader Mitch McConnell's unconscionable and hypocritical rush to confirm Ginsburg's successor before Inauguration Day. It remains to be seen whether, with the election less than six weeks away, four Republican senators will vote with the Democrats to refrain from filling Ginsburg's seat and leave the decision for the next president.

The Court now has eight members, three liberals and five conservatives. Chief Justice John Roberts, mindful of the legacy of the Roberts Court, ruled with the liberals to strike down an abortion restriction and uphold the Affordable Care Act. Until Ginsburg's death, Roberts had been the swing vote on the Court. A Trump appointment would substitute a right-wing justice for Ginsburg, making a 6-3 conservative majority. There would be solid votes to overrule Roe v. Wade and strike down the Affordable Care Act.

During her 27 years on the Supreme Court, Ginsburg distinguished herself as a protector of the poor and the disenfranchised. One must hope that the next justice who fills her seat will rule in the tradition of this legendary liberal justice.

Related Topic(s): Lgbtq; Supreme Court Justice Ruth Bader Ginsburg; Trump; Trump Against Democracy; US Supreme Court; Women, Add Tags
Add to My Group(s)
Go To Commenting
The views expressed herein are the sole responsibility of the author and do not necessarily reflect those of this website or its editors.