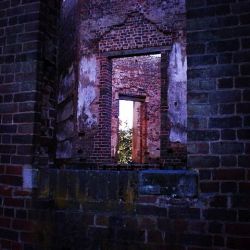 Americans Need Engage the Light throuogh Darkness
(Image by Marcello Rollando)   Details   DMCA
On 25 May 2020, a 46-year-old African American citizen died in Minneapolis, Minnesota, after a 44-year-old white police officer Derek Chauvin - in full view of three other lawmen, and bystanders with cells in video mode - knelt on his neck for almost nine minutes while he was handcuffed face down in the street. The name of the perp was George Floyd.

Maybe it was our revolutionary Bicentennial that really ran aground on Nantucket Island. And possibly Reagan's, Welfare Queen was the reef into which Trickledown collided in Prince William Sound. Or did the last remnants of American Exceptionalism die with our forgotten eleven in a Gulf of Mexico explosion?

For more than 244 years, have we, the majority, been blind to the un-prospected Black Gold in America?

Didn't we know, one day the killing of a black person by an officer of the law, would finally move America's moral needle from tip of the iceberg, to final straw?

So, why isn't the murder of George Floyd less forgettable or any more important call-to-action than any other drug deal gone bad, neighborhood gang-war drive-by or Jim Crow residue?

First, America in Crisis, like an historic presidential entourage neighborhood stroll to Blaspheme both Church and State, is a Teaser, meant to shape our POV, while the real Black Gold, is redefined by paler minds, unable to see the colorfully diverse forest, for the out-of-control carte blanche trees.

America's crisis is actually a long overdue transition, most unsettling, for Conservative Republican money financing corporate owned media, because of its demonstrative transparency in an election year, when all we have to lose is a president whose become as bored with our lack of pandemic preparedness as he is with his DPB.

Above and beyond the looting violence, property damage, brick throwing at officers who, every day and night do what most of us only watch on TV, there is a post D. W. Griffith's Birth of a Nation ask, rolling through the ashes of Dirty Harry's empty chair, inflaming, Driving Miss Daisy into seeking the lessons of, The Help - emerging, enabling us to knock on the door of mature thinking, where true patriotism lives by the example of Bishop Mariann Edgar Budde and D. C's mayor, Muriel Bowser.

The global freedom of expression of mostly marching, dancing, singing and kneeling in peaceful assembly, clearly demonstrates a timely desire for justice and equality, balanced atop the infrastructure of the 2017 Women's March and 2018 students still insisting, Never Again.

This real time televised murder of a human being has ignited a complacent world into a collective Moses on yellowed lettered pavement, crying out - from the wilderness, surrounding closed White House minds, shrouded in hate, bigotry, and a self-imagined American Pharaoh: Let my people go!

Nonetheless, like Caesars, Emperors, Dulles and Koch brothers before our 45th, the journey of a thousand miles can easily begin with one photo op too far, and a murderous pill too impossibly bitter to swallow.

There was an America before Pearl Harbor and D-Day and, except for racism. a vastly different America after 22 November 1963. What we accepted as normal before 9/11, morphed us into forever oil war accomplices.

Realizing there are still Conservative Republicans who support Donald Trump despite his lack of response to COVID-19, disregard for our Constitution and desire to dominate American civilians in, the battle space, with active duty military might - any pretense that the America of Trump/McConnell/Barr/Pence is a Land of the Free, is simply, fake news.

America is much more than a red, white and blue stars and stripes symbol. It is the rainbow of nations, a multi-cultural people from immigration and slavery to a quarterback's awakening, and NFL social justice for all patriotic enough to take a knee.

Despite the stark public brutality of George Floyd's death, America's new reality is not a crisis, but a conscientious moment for moral choices.