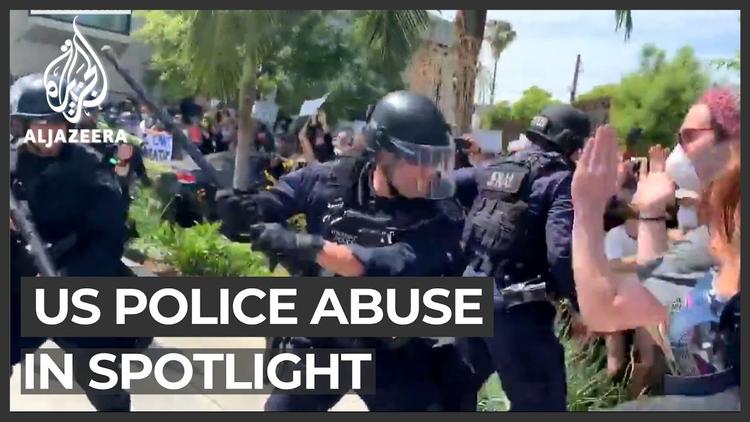 In mid-December, 2010 in the small Tunisian town of Sidi Bouzid, a small drama unfolded that would change the world, and certainly would change Tunisia. Tareq Mohammed Bouazizi, a street peddler who had just bought $200 worth of produce to sell off a cart, was harassed by police for not having a license (none is needed to sell off a cart). They were likely looking for a bribe, but Bouazizi didn't have money for that. Bouazizi sought redress with a local municipal official but claimed that she slapped him and sent him away (she denies this). Then he went to the governor's office and still got no satisfaction. He stood in the street before the office, having bought a can of gasoline, and doused himself, setting himself afire, shouting beforehand "How do you expect me to make a living?" People around him put out the fire, and he was taken to a series of trauma hospitals.

Despite strict press censorship, news of what happened to Bouazizi spread like wildfire in Tunisia's towns and cities, and outraged youth who identified with the young man began staging demonstrations. This was strictly illegal, and they attracted malign police attention.

By the end of December it appeared that Bouazizi might live, and the president of Tunisia, Zeyn El-Abidin Ben Ali, visited him in hospital. On Jan. 4, he died.

Ben Ali ran a seedy Mediterranean police state with tens of thousands of secret police who intensively spied on the public and forbade the slightest sign of dissent.

A lot of the protests targeted the police, and police stations were burned down. The secret police were particularly hated.

Ben Ali's state was overwhelmed by the massive protests that broke out that January in all parts of the country. By January 14, he was forced to flee the country.

I wrote about all this in my book, The New Arabs.

In the subsequent months, a caretaker government prepared the country for its first free and fair elections for a constituent assembly that would author a new constitution, which took place in the fall of 2011. The winner was the center-right Nahda or Renaissance Party, many members of which tilted toward civil Muslim activism. But it lacked a majority and had to go into coalition with leftist and liberal parties. The situation was fragile and there was anti-leftist violence, and the new constitution was not ready as soon as it should have been. By summer of 2013, labor unions and youth organizations staged another set of huge demonstrations that forced the government's hand. By January of 2014 there was a new constitution. In the subsequent election the Renaissance Party lost to a secular rival.

Tunisia's road has been rocky, but it still has well-regarded elections, and Human Rights Watch admits,

"Tunisia has made important strides in protecting human rights since 2011. The authorities adopted a progressive new constitution, held free and fair legislative and presidential elections, adopted laws to improve the status of women, and improved legal protections for detainees."

Some of this good work was undone by ISIL terrorism in 2015 and after, causing the government to declare a state of emergency, under which government forces have far more power than they should.

Related Topic(s): American Foreign Policy; American_Apartheid; George Floyd; George Floyd Murder; Isil; Protest, Add Tags
Add to My Group(s)
Go To Commenting
The views expressed herein are the sole responsibility of the author and do not necessarily reflect those of this website or its editors.