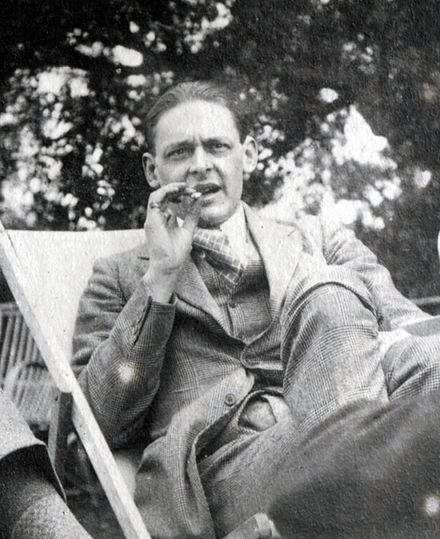 Duluth, Minnesota (OpEdNews) September 24, 2020: In my 7,500-word OEN article "Walter J. Ong's Philosophical Thought" (dated September 20, 2020), I mount a spirited defense of Ong's philosophical thought against Timothy Mark Chouinard's succinct critique of it in his interdisciplinary Ph.D. dissertation in English at Saint Louis University titled T. S. Eliot: A Philosophy of Communication for Literature and Speech that I sent you. To put it mildly, I am not impressed with Chouinard's account of Ong's thought.

In any event, in Chouinard's table of contents (pages iv-vi), the words "Ambiguity" and "Ambiguous" appear seven times in the subheadings for his chapter III.

Now, for a far more extensive discussion of ambiguity in Eliot's writings, I turned to the Canadian Jesuit Geoffrey B. Williams' book The Reason in a Storm: A Study of Ambiguity in the Writings of T. S. Eliot (1991), which started off as his Ph.D. dissertation in English at the University of Toronto. But Chouinard's, at times amusing, chutzpah is not present in Williams' book.

However, I will admit that Williams' book may contain more about ambiguity in Eliot's writings than you ever wanted to know. Nevertheless, I will tell you certain strengths of Williams' book. Its greatest strengths are his accounts of the literary and philosophical movements known collectively as Romanticism. As you may know, Ong writes of Romanticism in sweeping terms in his book Rhetoric, Romance, and Technology: Studies in the Interaction of Expression and Culture (1971). In both Ong's sweeping account of Romanticism and Williams' more precisely detailed discussion of literary and philosophical Romanticism (e.g., F. H. Bradley's idealist philosophy), Ong and Lonergan stand in the Romantic tradition of thought - as does Pope Leo XIII's 1879 encyclical that inaugurated the Thomistic revival of the twentieth century, before it was downgraded a wee bit in the Second Vatican Council (1962-1965) in the Roman Catholic Church.

For an accessible presentation of the thought of St. Thomas Aquinas (c.1225-1274), see Matthew Fox's creative 550-page book Sheer Joy: [Four Extended] Conversations with Thomas Aquinas on Creation Spirituality (Mineola, New York: Ixia Press of Dover Publications, 2020). Aquinas is rightly known for his dialectical philosophical and theological argumentation - argumentation, that is, based on carefully articulated and operationally defined contrasting terms known as polarities. But he is also rightly known for his use of analogies and analogical reasoning. However, he is less well known for what he refers to as deification - a term that he did not originate (see the index in Fox's book for this term). Now, for the sake of discussion, we may wonder here about the deeply felt subjective experience of the process known as deification.

According to Williams, the earlier poetry was written when Eliot experienced his life as "disgusting" (Eliot's word; quoted on page 178). Perhaps we can refer to the anguish that Eliot refers to as disgusting as representing his experience of the dark night of the soul (psyche) - which may be a universal human experience. Williams (page 173) sees Eliot's earlier poetry to 1925 as characterized by "the defiant narrative logic of the poetry and the rhetorical strategies of evasion discussed" by Williams in chapter 4 (pages 111-173). But Eliot's conversion to orthodox trinitarian Christianity is the great pivot in his life - and in his poetry (page 180).

Eliot's pivot in his life journey involved moving from his deeply felt sense of his life as disgusting into the theistic spirituality traditionally known as the purgative way, the illuminative way, and the unitive way - the theistic spiritual movements involved in what Aquinas refers to as the process of deification. But Williams does not happen to advert explicitly to this threefold terminology. Rather, he refers to Lonergan's thought about conversion.

Related Topic(s): Bias; Christianity; Consciousness; Judgment; Language; Perception; Poem; Poetry; Presence; Reality; (more...) Spiritual; Transcendence; Truth; Truth, Add Tags  (less...)
Add to My Group(s)
Go To Commenting
The views expressed herein are the sole responsibility of the author and do not necessarily reflect those of this website or its editors.