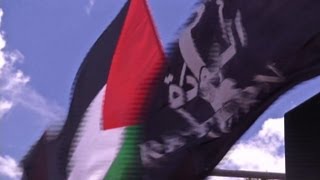 It has been 10 years since Hamas defeated the Palestinian Authority in Gaza and assumed control over the territory. Today, the socio-economic conditions in Gaza are so horrendous that if nothing is done immediately, the whole area is bound to explode in the face of Hamas, Israel, and the international community. When that happens, you can count on Israel's and Hamas' leaders to blame the other for allowing the situation to deteriorate to this perilous point. Both sides are equally guilty of an egregious betrayal of their own people. No matter how much longer their conflict persists, they will remain trapped in a reality that neither side can alter short of a catastrophe.

The question is, when will they come to their senses and find a way to peacefully coexist, knowing that the alternative is only continuing violent hostilities? Meanwhile, thousands will be killed between the two sides, havoc and destruction will reign, and the Palestinians in Gaza in particular will pay the heaviest price. As German theologian Dietrich Bonhoeffer noted, "We must learn to regard people less in light of what they do or omit to do, and more in the light of what they suffer."

Gazans live in dire conditions, suffering from shortages of food, medicine, drinking water, and electricity. Infrastructure is crumbling, and hundreds of thousands are living in squalor as housing shortages continue to climb from 71,000 in 2012 to 120,000 today. More than 1.2 million are in desperate need of humanitarian assistance, tens of thousands are living in abject poverty exposed to disease and malnutrition, 75,000 are internally displaced, and the unemployment rate is 42 percent (as high as 60 percent among the youth) with little or no relief in sight.

The problem here is that both Israel and Hamas are living in self-denial, as if they can wish the other away. Both are guilty of playing politics with the lives of Israelis and Palestinians, refusing to assume their share of responsibility.

They find comfort in pointing the finger at each other's outrageous conduct, and have become enslaved to their own old and tired acrimonious narratives, leaving little room for reconciliation.

Hamas has convinced itself that Israel is the main culprit behind their decades-old plight, pointing to the inhumanity of the blockade, the severe restrictions on goods going in and out of Gaza, and the stifling Israeli security apparatus that sealed off the strip from the air, sea, and land, which prevents access to outside markets. They are demanding the unconditional lifting of the blockade without offering anything in return but more acrimony, while posing a continuing security threat.

Hamas' leadership conveniently forgets that much of their misery is self-inflicted. Instead of focusing on building schools, hospitals, and housing, and repairing much of the crumbling infrastructure (especially following the last war with Israel in 2014), they maintain a bellicose posture toward Israel, threatening its very existence. They have spent hundreds of millions of dollars on building new tunnels through which to attack Israel, and buying and manufacturing new weapons while focusing on stockpiling tens of thousands of rockets poised to be fired at Israel.

In their newly-revised charter, although they talk about the establishment of a Palestinian state along the 1967 borders, they proclaim that "The real state is the fruit of liberation, and there is no alternative to the creation of the Palestinian state, with its sovereignty on the entire Palestinian land with Jerusalem as its capital" [emphasis added].

Has it ever occurred to Hamas that they cannot now or at any time in the future overwhelm Israel militarily to achieve their elusive goal? And that if they ever pose a real existential threat to Israel, they will be the ones who will be decimated first? Logic dictates that if they want the blockade to be lifted, they must renounce violence, recognize Israel's unmitigated reality, and stop claiming the Palestinians' right to the entire mandated Palestine.

Not even the most moderate among Hamas' members should assume that Israel would simply lift the blockade unless its security is absolutely and permanently assured. Hamas must sooner than later swallow its pride and concede that the strategy of using or threatening violence against Israel has failed and only further hardens the Israeli position.

However, anyone who places the blame solely on Hamas is dreadfully wrong. Israel continues to play its part in the ongoing tragic saga unfolding in Gaza. There is a pervasive misconception in Israel promulgated by the government that Hamas is simply irredeemable. They justify the blockade by insisting that Israel's unilateral withdrawal from Gaza made the territory a launching pad from which Hamas has and continues to launch rockets against Israel.

The late Prime Minister Ariel Sharon made a fundamental mistake by withdrawing from Gaza without any security coordination with the Palestinian Authority. He and his cabinet knew full well that Hamas was stronger, better organized, and better militarily equipped than the PA, and their capability to take over Gaza by force was visible for all to see.

Moreover, while imposing the blockade was necessary to prevent the smuggling of weapons and explosives, Netanyahu in particular made no effort to change the hostile nature of Israel's relationship with Hamas. Instead, he deliberately chose to manage the conflict by maintaining a tense atmosphere to serve his political base and stay in power.

Furthermore, the Netanyahu government uses Israel's unilateral withdrawal from Gaza and the security hazard it poses to justify the continuing occupation and consolidate its hold on the West Bank (presumably for security reasons) through the settlement enterprise, while playing the PA and Hamas against one another.

Related Topic(s): Disasters; Hamas; Israel; Security, Add Tags
Add to My Group(s)
Go To Commenting
The views expressed herein are the sole responsibility of the author and do not necessarily reflect those of this website or its editors.