John Hannah is an odd choice to criticize how the White House promotes its foreign policy. 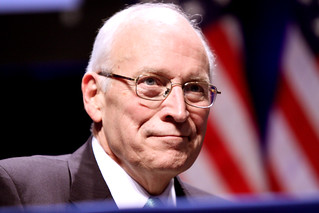 After the New York Times' much-discussed profile of White House national security aide Ben Rhodes hit computer screens all across Washington recently, Republicans howled about the revelation that Rhodes boasted of having created an "echo chamber" of experts and journalists to support the Iran nuclear deal. House Speaker Paul Ryan accused the Obama administration of having "essentially misled the American people." Rhodes countered that the White House had merely crafted a "concerted effort" to win backing for the accord by pushing out "the facts of the deal." Still, Republicans proclaimed yet another Obama scandal, and Rep. Jason Chaffetz (R-Utah), the chair of the House Committee on Oversight and Government Reform, rushed to hold a hearing entitled "White House Narratives on the Iran Nuclear Deal."

It might be worth exploring how the White House communicated information about the Iran nuclear agreement, but here's the tell that this endeavor is not a serious, nonpartisan, on-the-level project: Chaffetz has invited John Hannah to be a witness at the hearing, scheduled for Tuesday. He's a senior official at the Foundation for Defense of Democracies, a neoconish outfit that opposed the Iran deal. But more relevant -- or awkward -- he's a former aide to Vice President Dick Cheney who was deeply involved in the Bush-Cheney administration's use of bogus intelligence to sell the Iraq War.

David Corn is  Mother Jones ' Washington bureau chief. For more of his stories,  click here . He's also  on  Twitter  and  Facebook .  RSS  |  TWITTER  David is (more...)
Related Topic(s): Cheney Dick; Iran; Iran Nuclear Deal; Iraq War Architects, Add Tags
Add to My Group(s)
Go To Commenting
The views expressed herein are the sole responsibility of the author and do not necessarily reflect those of this website or its editors.