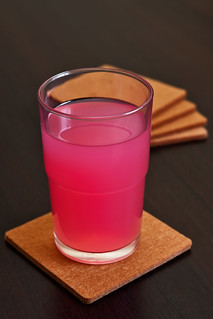 You can count on it like clockwork in the run-up to a presidential election. A GOP presidential candidate will make a much publicized declaration that the GOP will shift gears and go all out to court black voters. The candidate will dust off and spout the same shop worn arguments. The Democrats have failed blacks. Their alleged job killing, tout of entitlements, promotion of dependency, and mind-numbing damp down of personal initiative have in effect created a modern day plantation that traps blacks in perpetual poverty and want. The candidate then delivers the rosy punch line. That it is GOP policies that can free blacks from their morass.

The latest to deliver this bogus jeremiad is former Texas governor Rick Perry. He chose the National Press Club in Washington to deliver this snake oil line. Perry doesn't really have much to lose in peddling this dribble. He wallows at or near the bottom of all polls that measure the political appeal and viability of declared 2016 GOP presidential candidates. So why not grab a little ink chatting up the importance of the GOP's need to court black voters. Perry almost certainly won't be the last of the GOP candidates to give lip service to this notion. Rand Paul, of course, has already created a mild stir within GOP ranks by barnstorming around the country speaking to select black audiences in several cities and loudly talking up the racial disparities in drug sentencing, the peril of over-policing in black communities, and the tormenting economic plight of the black poor.

Paul forcefully, and now Perry tepidly, have egged the GOP to make a serious run at black voters for a good reason. In five of the last six presidential elections the GOP has failed miserably at winning the popular vote. There are simply not enough GOP stalwart or leaning white votes alone to snatch back the White House or to even guarantee that it can keep the Senate or even the House in 2016. African-American voters have provided the political heft in several of the must win battleground states that have sealed a Democratic victory in the recent presidential elections. The 2016 race will be no different no matter what Perry, Paul, or any other GOP candidate says.

There's no mystery why. The unshakeable loyalty of blacks to the Democrats is based on simple pragmatism. The entire Congressional Black Caucus is Democrats, and so are the leaders of the mainstream civil rights organizations. Despite the shots they take at the Democrats for taking them and their vote for granted, black Democrats and civil rights leaders are still highly respected. Most blacks still look to them to fight the tough battles for health care, greater funding for education and jobs, voting rights protections, affirmative action, and against racial discrimination. Even when black Democratic politicians stumble and engage in borderline corrupt and self-serving feather their own nest antics, they are still regarded as better bets than Republican candidates to be more responsive to black needs. Black voters generally regard them as the politicians that accurately capture the mood of fear and hostility the majority of blacks feel toward the Republicans.

Civil rights organizations were the only groups that consistently fought back against Reagan, Bush Sr., and W. Bush's draconian cuts in job, education, and social services funding and programs, their retrograde nominees to the Supreme Court appointments that would roll back the civil rights clock, and their peck away at affirmative action, civil rights and civil liberties protections.

The GOP's relentless and ruthless opposition to affirmative action, its duck, dodge, dither, and flat-out obstruction of any and every initiative or legislation by President Obama on jobs, the increase in the minimum wage, strengthening social security protections, the dogged opposition to a slew of Obama judicial and administration appointees, and its hectoring and harassing of former Attorney General Eric Holder. Its manic and never ending effort to torpedo the Affordable Care Act and the slew of nakedly race tinged voting rights suppression laws it has dumped on the books in a handful of key electoral states has tagged it as an irredeemable enemy of black voters. The GOP's much belated distancing from the Confederate flag was pure political expediency and an easy call in light of the horror over the Charleston church massacre. It fooled no one.

The GOP doesn't do much for its cause citing South Carolina senator Tim Scott or Utah Congresswoman Mia Love as sterling examples of the party's effort to be a true party of inclusiveness. Scott and Love tow to the letter the extreme House and Senate GOP conservative line on all policy positions and are mute on the issues of police misconduct, and the gaping racial disparities in health, education and the criminal justice system that slam black communities.

The scandal plagued Perry talked a good game with his black vote pitch. But that's all it is. In the end, it's a case of yet another GOP politician drinking the GOP's Kool aid on getting black voters.

Earl Ofari Hutchinson is an author and political analyst. He is a weekly co-host of the Al Sharpton Show on American Urban Radio Network. His forthcoming book is: From King to Obama: Witness to a Turbulent History (Middle Passage Press) http://www.amazon.com/dp/0692370714

He is a weekly co-host of the Al Sharpton Show on American Urban Radio Network. He is an associate editor of New America Media. He is host of the weekly Hutchinson Report Newsmaker Hour heard weekly on the nationally network broadcast Hutchinson Newsmaker Network.

Earl Ofari Hutchinson is a nationally acclaimed author and political analyst. He has authored ten books; his articles are published in newspapers and magazines nationally in the United States. Three of his books have been published in other (more...)
Related Topic(s): Republican; Rights; Voting, Add Tags
Add to My Group(s)
Go To Commenting
The views expressed herein are the sole responsibility of the author and do not necessarily reflect those of this website or its editors.