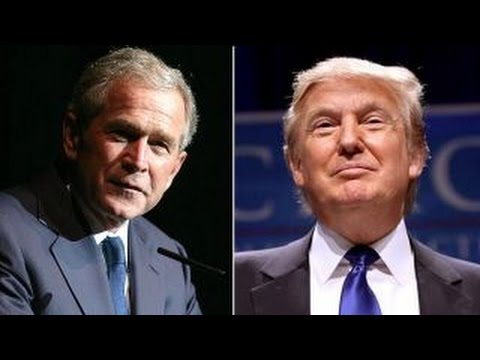 I have been writing these analyses for ten years. Really not a great amount of time, but enough that you see leaders ignorantly repeat the mistakes of their predecessors. You also notice that most of the media, and almost all of the citizenry, appear not to notice the repetitions. Just such a rerun is now playing itself out.

According to a New York Times (NYT) article, President Trump and his Secretary of State, Mike Pompeo, have begun pressuring the U.S. government's intelligence agencies to come up with evidence that the Covid-19 virus originated in a Chinese lab in Wuhan -- specifically, that city's Institute of Virology.

Let's state up front that there is no reliable evidence that this is the case. As the NYT puts it, "Most intelligence agencies remain skeptical that conclusive evidence of a link to a lab can be found, and scientists who have studied the genetics of the coronavirus say that the overwhelming probability is that it leapt from animal to human in a non-laboratory setting, as was the case with H.I.V., Ebola and SARS." This is also the opinion of Dr. Anthony Fauci, the administration's own top infectious disease expert.

Alas, this is not what the Trump-Pompeo duet wants, or needs, to hear. What they want and need is something to support their already stated position that the Covid-19 virus is a "Chinese virus." Thus, Trump told a reporter on 30 April that, while there were many theories about how the virus originated, he took the Wuhan lab contention seriously. He claimed that he had personally seen "intelligence that supported the idea" and that "we have people looking at it very, very strongly. Scientific people, intelligence people and others." He then stated that he was "not allowed" to share the intelligence. Pompeo followed up in a 3 May ABC interview by describing the evidence as "enormous."

It has also become apparent that Trump would like to tie the World Health Organization (WHO) into the Wuhan lab theory. "Administration officials had directed intelligence agencies to try to determine whether China and the World Health Organization hid information early on about the outbreak." This seems to be the result of the president's personal dislike of the WHO. He believes it has praised China's fight against the pandemic more strongly than his own quasi-efforts. So annoyed has he become that he cut off U.S. aid to the organization in the midst of its fight against Covid-19an almost universally condemned act.

In the end Trump seems to think that nothing less than evidence supporting the Wuhan lab conspiracy theory will help shift popular attention away from his own abysmal failure to react to the pandemic in a timely fashion. So it doesn't matter if the president is corrupting the intelligence agencies for personal political advantage, or that "the odds are astronomica l against a lab release as opposed to an event in nature." That is the state of our knowledge according to assessments based on science. What the president is demanding is a world that accords with his personal needs. It's the latter he expects the intelligence agencies to serve.

Where have we heard this sort of demand before? Well, how about during the run-up to the invasion of Iraq?

Back in late 2002 and early 2003, George W. Bush was planning an invasion of Iraq. His public reason for doing so was the assertion that the country's dictator, Saddam Hussein, was on the verge of developing nuclear weapons. The real reason went beyond that charge and involved a long-range plan for "regime change" in the Middle East -- a thoroughly implausible goal. However, Bush's initial, obsessive need was a way to rally the American people behind his planned war. Why Iraq? Bush seems to have had a hate-filled preoccupation with Saddam Hussein and a desire to finish the job his father began with the First Gulf War. Or, maybe, as he claimed, it was because God told him to do it.

At first he tried to connect Saddam Hussein to the 11 September 2001 attacks on the U.S. Though he never gave up on that stratagem, the lack of evidence made it difficult to shift popular attention, already fixated on Osama Bin Laden and Afghanistan, onto Saddam Hussein and Baghdad. However, the nuclear weapons gambit appeared to have more potential, not because there was any hard evidence for the charge, but because supposedly reliable witnesses, in the persons of mendacious exiled anti-Saddam Iraqis, kept whispering to Bush and others in the administration that the nuclear story was true.

So, what we had was (1) a U.S. leadership cadre who were itching to revolutionize the Middle East, (2) informants who, in order to precipitate the overthrow of Saddam, were willing to tell the tale of alleged atomic weapons, and (3) a president with enough of a personal grudge against Saddam to use anything in support of his desire to invade Iraq.

Bush proceeded to put pressure on the U.S. intelligence agencies to find evidence for the nuclear weapons claim. In essence, this pressure threatened to politicize and contaminate the White House's normal source of intelligence. When the CIA and its military counterpart, the Defense Intelligence Agency, did not come through in this regard, Bush went so far as to create a shadow operation: the "Office of Special Plans (OSP)," staffed mainly by rightwing amateurs, to find him a nuclear "smoking gun" that would justify invasion.

Simultaneously, the U.S. insisted that the United Nations send in arms inspectors to scour Iraq for evidence of a nuclear weapons program. None of this resulted in the required evidence. This so frustrated President Bush that on 19 March 2003 he launched the invasion of Iraq without any proven reason to do so. This, by the way, constituted a war crime under international law. The president did have the expectation that, once in occupation of the country, American troops would surely find those nukes. They did not.

Related Topic(s): Bush Admin; Bush Crimes; International; Reality; Trump China Trade War; Trump Dangerous, Add Tags
Add to My Group(s)
Go To Commenting
The views expressed herein are the sole responsibility of the author and do not necessarily reflect those of this website or its editors.