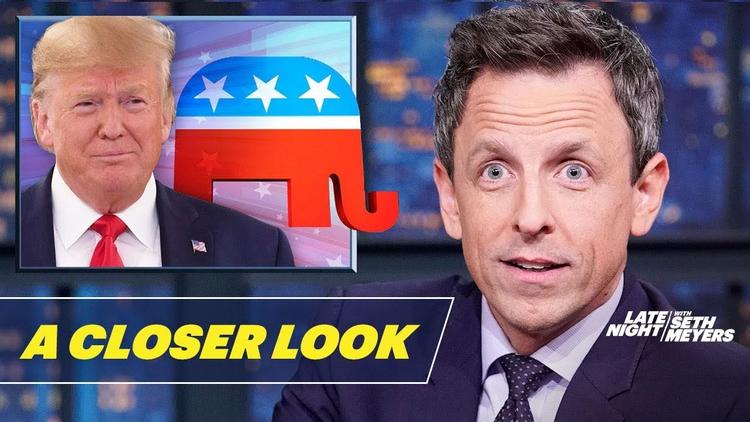 The danger to democracy posed by our new information system plus our new levels of wealth concentration cannot be overestimated. The degree of inequality both in the US and the UK is now virtually unprecedented, as is media consolidation. That is, fewer and much wealthier people own more and more of the news outlets.

The problem for democracy with having a few hundred people who collectively own more than half the country's population is that they have the resources to pull the wool over people's eyes. It isn't necessary for the online ads to convince people of anything, only to make them cynical and cause them to throw up their hands at how bad both parties are, and stay home on voting day. (Determined voters are older, whiter and wealthier, so anything that depresses the vote of the young, POC, and the poor, hands a victory to the former).

The Republican Party in the House is throwing out falsehoods in the Trump impeachment inquiry like dozens of octopi blackening the water with their ink. The July 25 Zelensky memo doesn't say what it says. Trump didn't ask for a favor. Trump didn't deny Ukraine military aid to pressure them to open an inquiry into the Bidens. Or he did, but Kyiv didn't notice they weren't receiving desperately needed military aid. Or he did, but Ukraine doesn't need to be armed to fight off Russia. There wasn't anything wrong with asking for a favor. Everyone asks for favors. Obama asked foreign countries to dig up dirt on Mitt Romney every day all day.

These outright lies, mouthed in terrifying lockstep by persons who allegedly swore to uphold the Constitution, are being paid for. They are paid for by the billionaire backers of the Republican Party, to whom Trump gave an enormous tax cut, and who are hoping for further cuts. But the antics in the House are dwarfed in significance by the Facebook political ads, which are just as dishonest but are millions of times more numerous.

Reuters reports, "Trump ran more than 2,500 ads mentioning "impeach" or "impeachment" in the week through Dec. 5, more than his campaign did in the prior two weeks combined, according to a Reuters analysis of data published by Facebook Inc." This is Trump, so you can imagine the content WITCH HUNT, NANCY PELOSI, etc.

Mark Zuckerberg, the Facebook CEO, announced a policy that political ads would not be fact-checked and could be as dishonest as they liked. Twitter's Jack Dempsey announced that he just would not take political ads at all.

And, no doubt there were many reasons for which the British Conservative Party won a landslide in yesterday's election, after Labour had put up a good showing in the last election. One of the features of the UK election that cannot be doubted, however, is masses of dishonest attack ads paid for by by shadowy organizations backed by nameless billionaires.

One study found that whereas Labour political advertisements were generally correct, some 88 percent of Conservative paid Facebook advertisements contained falsehoods. That outcome is not far from 100 percent falsehoods, but the BBC ran a story blaming both parties, as Adam Ramsay argues.

It has been pointed out that British Conservative voters are older and the least likely population to see internet advertising. But the point of the ad campaigns is to discourage Labour and Lib Dem voters, who skew younger (at least younger than the ancient Tories).

"Turnout fell most markedly in seats where Labour are relatively strong, suggesting that some of those who usually support the party opted to stay at home." Just as was connived at by the Murdoch press and the troll farms.

Related Topic(s): Advertising; Britain Celebration; Democracy Decay; Rich People; Trump Impeachment; Twitter, Add Tags
Add to My Group(s)
Go To Commenting
The views expressed herein are the sole responsibility of the author and do not necessarily reflect those of this website or its editors.