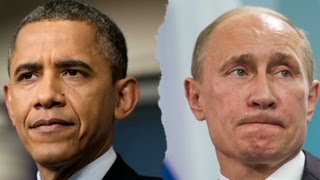 Well well well...could it be that the entire GOP is complicit in the election tampering? That's the latest juicy tidbit of gossip floating around in these waning days of 2017.

As Salon.com reports: "At this point, these Russian agents are just extensions of the Republican political operation, which has been at the disinformation and propaganda game for a long time and which is obviously happy to have help from outside experts. Indeed, it's hard to know who's leading and who's following at this point. Maybe special counsel Robert Mueller can unravel that for us too."

This conclusion from Salon was reached, in part, from a stunning Washington Post expose published on Christmas titled "Kremlin trolls burned across the Internet as Washington debated options." Here are some critical excerpts from that piece, with emphasis addedby yours truly:

"The first email arrived in the inbox of CounterPunch, a left-leaning American news and opinion website, at 3:26 a.m. -- the middle of the day in Moscow. 'Hello, my name is Alice Donovan and I'm a beginner freelance journalist,' read the Feb. 26, 2016, message. The FBI was tracking Donovan as part of a months-long counterintelligence operation code-named 'NorthernNight.' Internal bureau reports described her as a pseudonymous foot soldier in an army of Kremlin-led trolls seeking to undermine America's democratic institutions.

"Her first articles as a freelancer for CounterPunch and at least 10 other online publications weren't especially political. As the 2016 presidential election heated up, Donovan's message shifted. Increasingly, she seemed to be doing the Kremlin's bidding by stoking discontent toward Democratic front-runner Hillary Clinton and touting WikiLeaks, which U.S. officials say was a tool of Russia's broad influence operation to affect the presidential race.

"'There's no denying the emails that Julian Assange has picked up from inside the Democratic Party are real,' she wrote in August 2016 for a website called We Are Change. 'The emails have exposed Hillary Clinton in a major way -- and almost no one is reporting on it.'

"The events surrounding the FBI's NorthernNight investigation follow a pattern that repeated for years as the Russian threat was building: U.S. intelligence and law enforcement agencies saw some warning signs of Russian meddling in Europe and later in the United States but never fully grasped the breadth of the Kremlin's ambitions. Top U.S. policymakers didn't appreciate the dangers, then scrambled to draw up options to fight back. In the end, big plans died of internal disagreement, a fear of making matters worse or a misguided belief in the resilience of American society and its democratic institutions."

In a nutshell, the US Intel community didn't understand how serious the Russian cyber attack was, and since it was beneficial to the GOP, once discovered the powers that be decided to play along. The article continues:

"The miscalculations and bureaucratic inertia that left the United States vulnerable to Russia's interference in the 2016 presidential election;trace back to decisions made at the end of the Cold War, when senior policymakers assumed Moscow would be a partner and largely pulled the United States out of information warfare. When relations soured, officials dismissed Russia as a 'third-rate regional power' that would limit its meddling to the fledgling democracies on its periphery.

"Senior U.S. officials didn't think Russia would dare shift its focus to the United States. 'I thought our ground was not as fertile,' said Antony J. Blinken, President Barack Obama's deputy secretary of state. 'We believed that the truth shall set you free, that the truth would prevail. That proved a bit naive.'

"The United States and the Soviet Union engaged in an all-out information battle during the Cold War. But the Soviet Union collapsed in 1991, and the Bill Clinton administration and Congress in 1999 shuttered America's preeminent global information agency. 'They thought it was all over and that we'd won the propaganda war,' said Joseph D. Duffey, the last director of the U.S. Information Agency, which was charged with influencing foreign populations."

So we dropped the ball after Clinton took office, and that left the door open for Putin to put his KGB training to good use:

"When President Vladimir Putin came to power, Russia began searching for ways to make up for its diminished military. Officials seized on influence campaigns and cyber warfare as equalizers. Both were cheap, easy to deploy and hard for an open and networked society such as the United States to defend against.

"Early warning signs of the growing Russian disinformation threat included the 2005 launch of RT, the Kremlin-funded TV network, and the 2007 cyberattacks that overwhelmed Estonia's banks, government ministries and newspapers. A year later, the Kremlin launched a digital blitz that temporarily shut down Georgia's broadcasters and defaced the website of its president.

Kathy never expected a career in radio as a talk show producer. Born and raised in Atlanta, Georgia, Kathy was completing her nursing degree when in 2001 - in an emergency - she was asked to fill in as the producer of Mike's program. Within a few (more...)
Related Topic(s): Intelligence; Obama; Putin; Russia And Us Conflict; Russia Hacking; Russiagate; Russian Influence, Add Tags
Add to My Group(s)
Go To Commenting
The views expressed herein are the sole responsibility of the author and do not necessarily reflect those of this website or its editors.