Click Here to Remove All Ads
First published by PressTV 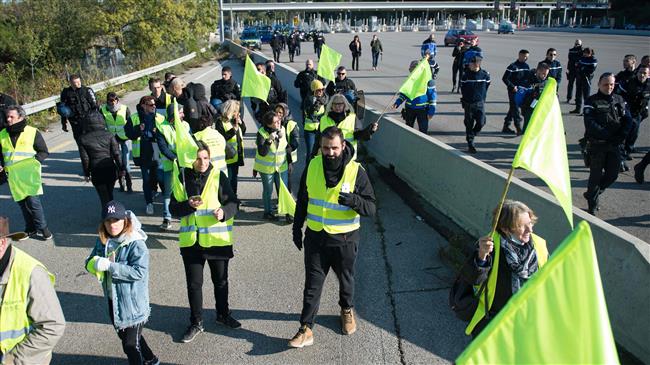 Over the decade I have lived in France I have never seen a social protest movement win their economic objective......Wait, that's not true: in 2015 Francois Hollande gave in to the demands of protesting police even before their protest ended. That was pretty pathetic.

And then we also have the exception of exceptions, the ever-constant Yellow Vests. They have won a small portion of their economic demands - a tiny amount of direct financial relief, no austerity budget in 2020 and preventing the government from privatizing the airports of Paris (at least temporarily).

They won by doing something which was unprecedented in France: protesting, instead of vacationing, over Christmas. They surprised everyone, including me, with their self-sacrifice, which ultimately grew to incredibly admirable proportions due to their steadfastness amid constant repression.

However, Yellow Vests are now being forced into the back seat.

Will their general strike work?

France's 'independent' unions: if it's good for members, who cares if its bad for the nation?

It's so amazing how very quickly a general strike can win that it's amazing that anyone thinks another tactic in the labor playbook is even required?

But as France's #1 union leader, the CGT's Philippe Martinez, told me years ago: "I don't have a button marked 'general strike' which I can press." LOL, unfortunate but true.

Again, I have never seen a social protest movement in France win their economic objective" unless we are talking about a few union members whom the government bought off with targeted concessions.

The French illustrate why "independent" labor unions might be good for a member but bad for the nation, and also why the world's most truly progressive models don't have labor unions which are independent from their government structure.

Since 2010 France has seen enormous, broad protest movements against wave after wave of austerity measures, but they have never succeeded in stopping them. The reason is the same old imperial logic - divide and conquer. Time after time I have watched French strikes fail because the government can quite easily give targeted concessions to just a few sectors of the workforce, and even to just a few unions within one sector of the workforce. This always has had the intended result: to reduce strike participation and provoke anger, resentment and selfishness among those who are still striking so that the movement is inevitably abandoned. France, already the land of the evil eye, has only grown more embittered and suspicious over their many failed labor movements during the Great Recession.

The Yellow Vests have totally rejected union involvement until now, and for the reason I have explained: France's unions are self-interested, whereas the Vesters obviously promote self-sacrifice for the national good. Just like France's political groups and NGOs, the unions are fundamentally allied with a corrupt establishment which is geared towards the pro-neo-imperialist 1% and their money-grubbing immorality.

In 1995 right-wing reforms (pushing - you guessed it - right-wing pension rollbacks) lasted three weeks and the government backed down. There were minor goods shortages, and people lost some wages, but national unity against a government's totally unjustified, 1%-enriching policies was easily victorious. 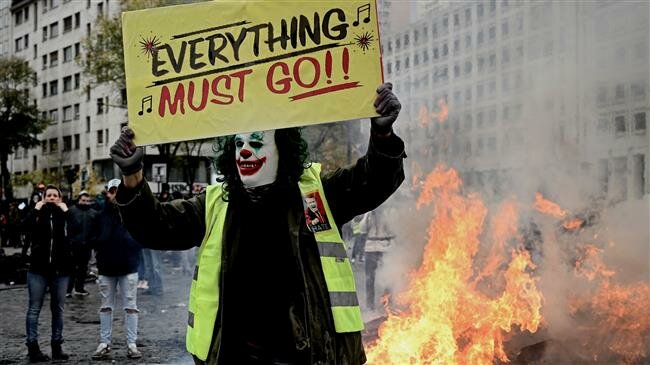 Related Topic(s): Economic; Far-right; France; French Media; Media; Protest; Reform, Add Tags
Add to My Group(s)
Go To Commenting
The views expressed herein are the sole responsibility of the author and do not necessarily reflect those of this website or its editors.