On May 7th, Megyn Kelly gave a two minute monologue on Free speech that was clear, concise and effective: "We don't compromise American bedrock principles just to make the other nations like us more," adding "They've forgotten what is offensive to Americans, namely those who trample on our core ideals. In America, we stand for liberty and freedom to offend, to provoke, to persuade and to defy."[tag] 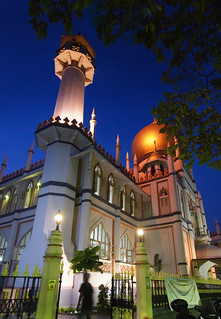 On October 30, 2014, I said very similar words on the Sean Hannity show defending Ghannouchi's right to freedom of speech at Yale University, "Sean, we cannot change the character of our nation and our constitution for an idiot like Ghannouchi, we need to defend the values that are dear to us, and we need to be consistent in defending free speech."

There is no doubt, we have to defend free speech, that is the God given right of every human. Indeed, I defended Pamela Geller's right to speak when the United Kingdom banned her speech in London as well as the speech in Garland. I defended the rights of Pastor Terry Jones to burn copies of the Quran in Florida; I even opposed the Arab League's proposal at the United Nations to curb freedom of speech about religious personalities. And I defended Sheikh Rachid al-Ghannouchi's right to free speech at Yale, which Pamela Geller opposed. We even defended her right to speak in Garland, Texas. We have to be consistent or not claim to defend free speech. She was even opposed to building Ground Zero Mosque, a building to pray! So much for freedom of speech! 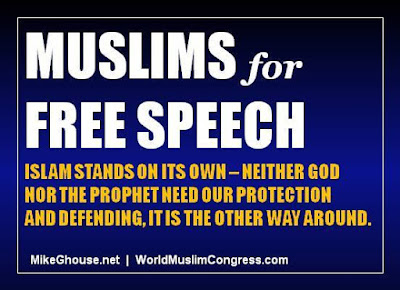 Copyrighted Image? DMCA
Way back on November 22, 2012, in an article, "Criticism of Islam, Prophet Muhammad and free speech," I wrote, "Indeed free speech is a hallmark of civilizations, it is an enduring value and we simply cannot compromise on it, however much a few may abuse it. We believe in free speech and that is the only way societies will grow."

Further back in September 2010, over a 100 American Muslim leaders and scholars signed a declaration in defense of Free speech.


The problem is that there are two different understandings of the concept of freedom of speech. Although the idea of choice and freedom is there in all faiths, that you reap what you sow, it is completely missing in civic life. They do not understand why the 'Government' cannot arrest trouble makers.
The story is different in western democracies, particularly in the United States. A majority of us, including Muslims, understand the value of free speech and will stand up for it. We all have a collective responsibility to communicate and understand different values and learn to respect the otherness of others. Indeed, I appeal to Muslims to study Chapter 109 in Quran and see its wisdom.
Free speech is one major thing that binds us with fellow Americans.
Freedom is a God given gift that we should cherish! God could have stopped Lucifer from tempting Adam and Eve, he could have stopped Adam from consuming the forbidden fruit, and he could have saved Jesus from the crucifix. Moses did not have to speak up against Pharaoh, Muhammad (pbuh) did not have to endure persecution. God Almighty could have stopped everyone, but he did not, he gave us the freedom to choose how we (the people) deal with conflicts and restore harmony.
God's advice in Quran 41:34 cannot be wrong, "To overcome evil with good is good, and to resist evil by evil is evil. Repel evil with what is better; then you will see that one who was once your enemy has become your dearest friend."
If we don't fall for the bait, they will not throw the hook. Had there been no Fatwa against Salman Rushdie, his book would not have been read widely. We successfully dealt with Pastor Terry Jones, the town of Mulberry was with us, in the tradition of Prophet Muhammad we prayed among fellow Muslims, and together with fellow Americans of many faiths.
Criticism can fade away or rain on us depending on how we respond to it. Lack of conviction in one's faith breeds intolerance towards criticism, whereas firmness in faith can lead us to learn from criticism, explore the infinite wisdom and realize the strength of our faith (Imaan); a worthy feeling to have, instead of living in doubt and shooing criticism away. We need to handle criticism of Quran, Islam and the Prophet with grace, and respond to it gracefully. At least it increases the chances of mitigating the conflict and restoring harmony. The other way
is to fight back, which guarantees further aggravation of the conflict and isolation. Let freedom of speech remain the cornerstone of Islam.
Rabbi David Hartley Mark adds, "Jewish tradition teaches that, since all humanity is made in the Image of God, anyone who insults their fellow human being, desecrates the Image of God, and removes Holiness from the World. While anyone who honors their fellow human being, regardless of race, creed, or color, brings further Holiness to the World."
I urge fellow Muslims to be open to all criticism with confidence, don't shut it out. Islam stands on its own; it does not need our defense, and it is silly to protect God or the Prophet, they are not weaklings or our property to protect, they belong to the whole universe, don't they?
Tariq A. Al-Maeena, editor of Saudi Gazette says it best in his editorial "A response befitting a Muslim - A game is being played all the way from Melbourne, Australia, to sunny Phoenix, Arizona, in the United States and it is called 'Muslim Baiting.' How it works is simple. A public announcement is made under the guise of free speech that a revered figure or scripture for Muslims is going to be attacked and ridiculed. The game is to goad Muslims into a senseless cycle of reactionary violence.

Next time when someone stages hate speech, and wants to burn the Quran, draw Cartoons of the prophet or do something silly, please gather up and pray as Muslims, and pray with fellow Americans of different faith as we did with Pastor Terry Jones in Mulberry, Florida, or simply ignore them as Muslims of Dallas/ Fort Worth did during Pamela Gellers' Garland exhibit.

If we don't fall for the bait, they will not throw the hook again.


Mike Ghouse is committed to building cohesive societies and offers pluralistic solutions on issues of the day. He is a frequent guest with Sean Hannity on Fox News and a commentator on syndicated radio shows. All about him in 63 links at www.MikeGhouse.net