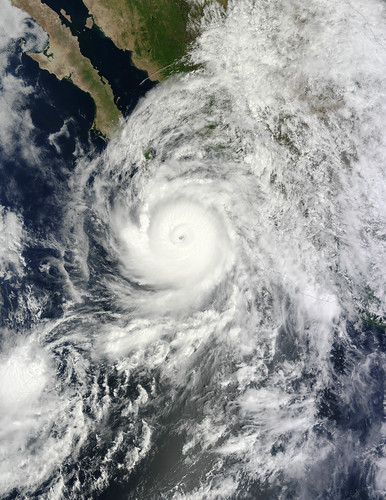 For too long too much of our climate crisis framing has resonated only with the already convinced. That is still going on today, this very minute. Even Greta is doing it, with an important exception I'll mention later in this piece. But before the rest of us can get more effective, we need to be a lot more clear on who all the #ClimateHoldouts are, why they are that way, how they are holding out, and what frames could possibly move them all off the rock they are stuck on, whether they know it or not.

First of all, there are those who 1. believe the climate crisis is real, but fear social, familial, and professional ostracism if they even say the words "climate change" or "human-caused climate change." 2. They are usually surrounded by people who have been misled into believing it's all a hoax by their peers, religious leaders, news sources, fossil fuel industry lies, and Congressional representatives. 3. Next come people whose financial and/or professional prospects depend in the near future on the fossil fuel industry doing well financiallyindustry executives, institutional investors and so on. 4. Add politicians dependent on the fossil fuel industry for political contributions and jobs in their districts. 5. Then there are whole countries whose economies are heavily dependent on fossil fuel salesSaudi Arabia, Russia, the U.S., among others. (Don't spend any time wondering why Putin has lassoed Trump and the GOPRussia needs oil and gas sales, and the GOP serves the global fossil fuel industry!) Russia and all the other fossil fuel dependent states need to do what they can to keep fostering the global energy economy we have now, the one that still runs heavily on fossil fuels.

A depressingly long list, isn't it? And you probably knew about them all. But we can't begin to think clearly and strategically about effective framing aimed at the #ClimateHoldouts unless we see the whole picture at once. It's good to think about how to appeal to each of these different audiences, but until we have a pretty broad across the board consensus, we are still heading straight into the final fire on this planet.

What could create powerful top-down leverage to complement the grass roots push up that is growing everyday, all over the world? In general "bottom up" strategies are moving ahead right now, because at the local level people are starting to see and feel economically devastating #ClimateDamage. But while piecemeal regional, state and local action is vital and necessary, by itself it's too slow for the late hour we're in now. We all know it. We must have the kind of national and international leverage that can move us all very fast toward the changed energy economy we need for life to survive on this planet. We need business CEOs, whole industry sectors, and international institutions like the IMF, the World Bank, and the World Economic Forum on board, all rowing in the same direction. These are the powers that can move national political parties and ultimately national governments to do the right thing. They are also the ones who can swiftly change the idea of what is and what is not acceptable, even for ordinary non-tycoon #ClimateHoldouts.

How do you bring something like that to pass? Sometimes it takes a determined whistle-blower, a battle of business titans to do it, and a new opportunity to make money, plus a catchy frame to raise broad public awareness. Two examples come to mind: the way we got Detroit to include seat belts in cars, and the way we got an international accord to phase out chlorofluorocarbons. In the seat belt case, Ralph Nader was the whistleblower with his 1965 book, Unsafe at any Speed, and insurance companies lobbied for seat belt laws, prevailing over reluctant auto manufacturers. The catchy frame was, of course, "unsafe at any speed." The American public always wants safety. As for the chlorofluorocarbons, the whistle-blowers were two scientists, Sherry Rowland and Mario Moline, who published a 1974 article about the damage they caused, and by 1978 the EPA banned commercial manufacturing and use of CFCs and aerosol propellants in the U.S. However, DuPont lobbied against the ban and any further regulation until 1986 when they got a patent for a substitute. Then they too began lobbying for a total ban on chlorofluorocarbons, aided by the famous "hole in the ozone" that was discovered in 1987. There you have the new profit incentive and the catchy frame. That "hole in the ozone" frame was actually a metaphor for the serious damage taking place, not a literal scientific description. But the idea of a "hole" in our atmosphere was deeply alarming to people.
We will need something as powerful as that to catalyze turning the #ClimateCrisis around. And it will have to be "nonpartisan." Even Greta was recently quoted as saying this. Right now of course everything in the U.S. seems partisan, so it's hard to imagine such a phrase. We also need something everyone can understand. Right now the most universal idea in the U.S. and the world is the importance of making a profit or increasing sales or the fear of failing to do it. So here are some trial frames: "In the '20's #ClimateSafeProfits will grow; #ClimateDamageCosts will explode." Another way to frame it could be this: "In the '20's let's grow ClimateSafeProfits and cut #ClimateDamageCosts." American audiences fear costs and still love safety. If we can make these frames or even better ones like them go viral, our language can increase public pressure on all the #ClimateHoldouts, whoever they are. As for the whistle-blowers, we've had plenty of those already. The only other thing we need now is the battle of business titans.
If you think that the titans of global finance will just laugh these phrases off at first, that's probably true. But deep down in their guts they will know it's true. They also know that the rest of the world won't drag its feet to start making even more #ClimateSafeProfits, especially China. And they know that some of their own financial leaders already see fossil fuel investments as "stranded assets," that is worthless very soon. BlackRock, a leading manager of investment funds, has announced new environmental sustainability criteria for investments and started a fund that focuses on long term business value. A few days later Chris Hohn, CEO of the $30 billion hedge fund, TCI Fund Management, announced he is pressuring the boards of companies the fund invests in to fire CEOs who don't make "credible" emission reduction plans. If they don't, Hohn says, TCI will sell its shares. The SEC (Securities and Exchange Commission) has granted permission for a new "long term" stock exchange to counter the frenetic, short-term, and destructive effects of today's form of capitalism. Individual companies like Microsoft are taking action to become more sustainable, and business leaders like Marc Benioff, chief executive of SalesForce just described capitalism as we know it today as dead in his Davos 2020 call for a new "stakeholder capitalism." Moreover, the EIB, the European Investment Bank, has already announced they will be making no more fossil fuel investments after the end of 2021. I know it's easy to be cynical about all this and to feel that it is too little too late or just green wash, but calls for new regulations and taxes also sound unrealistic in the face of the government we have. At least some of these business entities are talking the correct talk and even taking some actions. That trend is likely to snowball faster than turning all of DC blue overnight. In fact, the financial industry has the power to bring the fossil fuel industry to its knees and move politicians too; our job is to egg the financial industry on. And talking about #ClimateSafeProfits and #ClimateDamageCosts is a good way to get more of the public pushing the finance titans. So let's all get at it!
-------------------------------

Related Topic(s): Blackrock; Capitalism; Climate; Economy; Energy; Energy; Finance; Financial; Framing The Debate; Green; (more...) Leverage; Management; Oil; People; Sales; Sustainability; Sustainable, Add Tags  (less...)
Add to My Group(s)
Go To Commenting
The views expressed herein are the sole responsibility of the author and do not necessarily reflect those of this website or its editors.