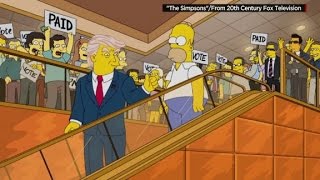 At 11 AM on June 16, 2015, Donald Trump rode down the escalator inside Trump Tower to announce his presidential campaign. With paid actors cheering him on, Trump instantly lied about the size of the crowd as he kicked off a meandering, 45-minute hate speech that was carried live by all three national all-news TV channels. On the fourth anniversary of that event today, it's disheartening to see how little the political press has learned since then. Faced with perhaps the most radical actor in the history of American politics, the Beltway press has refused to react in equally radical and aggressive ways.

Trump's a street brawler who plays by no rules, while the press is still trying to box him as if in a Golden Gloves match with three-minute rounds, a rest period, and a referee to make sure both sides fight fair. Instead, Trump's stalking the ring with a folding chair in his hand, and he's already paid off the referee to stay away for the night. Put another way, the press keeps bringing a knife to Trump's gunfights -- over and over, to the point where obviously a calculation has been made by the Beltway press to not push too hard.

We saw that instantly as the Republican primary unfolded in 2015 and 2016, as Trump ripped up the old beloved Beltway playbook. Unconcerned with media fact-checkers who proved him wrong, and uninterested in running any sort of factual campaign, Trump invented his own model and dared journalists to alter their ways to adjust to the Trump fabrication revolution. The press faced a defining test: forcefully call out Trump's lies, or burn through thesauruses to politely describe his behavior. Time and again, reporters and their editors, opting for clunky euphemisms, simply couldn't summon the nerve to accurately label Trump's lies for what they were.

The campaign press simultaneously showered Trump with nonstop attention, while making sure to give him a pass on policy. Trump's announcement speech on June 16 was just the first of endless campaign addresses he gave that were carried live and in their entirety -- while speeches made by Democratic candidates Hillary Clinton and Bernie Sanders were virtually ignored by cable news. "I think that taking candidate rallies unedited is actually a valuable service," CNN Washington bureau chief Sam Feist explained when pressed about the Trump tsunami. "I think that taking those rallies live, unedited, without commentary is useful." Useful for Trump, no doubt. During March 2016, the three network evening newscasts devoted 143 minutes to covering Trump. By contrast, Clinton and Sanders, competing at the height of the Democratic primary season, landed just 26 minutes that month. (NBC Nightly News covered Trump for 51 minutes that March, Clinton for 2 minutes.)