And how we can restore to America a rational media landscape 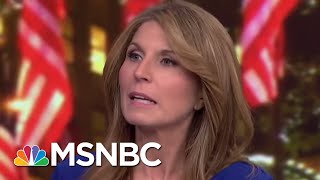 The media recently was all over Congresswoman Rashida Tlaib for calling Donald Trump a "m@therf*cker" in the context of wanting to impeach him. It got lots and lots of coverage, over a period of several days, while the really big work the Democrats were doing in the House is largely ignored, along with most other consequential issues of the day.

Ever since the media began, in a big way in the 1980s, to ignore actual news and go for highly dumbed-down or even salacious stories, many of us who work in the media have been astonished by this behavior by the network and cable news organizations and the major newspapers.

They used to report the details of policy proposals in great detail (see this report from the 1970s about Richard Nixon's proposal for universal health care, comparing his with Ted Kennedy's, for example). But since the Reagan era, the networks have largely kept their coverage exclusively to personality, scandal, and horse race.

Why would that be? Why, since the late 1980s, has the "news" lost any semblance of actual news and detail, and degenerated into a cleaned-up version of the National Enquirer?

For example, on January 3, the House of Representatives passed one of the most sweeping political reform bills since the Nixon era, including automatic voter registration, 15 days of nationwide early voting, and an end to gerrymandering. Not to mention a totally revolutionary code of ethics for the Supreme Court.

But was there any coverage of these details -- or even of the bill itself -- in the media? Even though there's no way it would pass the Senate, it's worthy of discussion and debate.

This is just one example of dozens of events that happen every day and are completely ignored by the media in favor of "who's up and who's down" horse-race reporting, and gotcha or scandal coverage.

Watch a few hours of national cable TV media, and -- outside of a very few shows -- odds are you won't hear any detail of actual policy whatsoever. Every issue is instead framed in the horse-race format of "who's going to win this fight -- leaving Americans uninformed about the consequences to themselves of the issues being fought over.

But the networks love scandal and conflict. So, to get issues on TV, maybe it's time to make them obscene.

Imagine if the Democratic Party were to enlist a dozen or so members of Congress to go on national TV and say things like:

Alas, it's just a dream.

Even if the Democrats did this, the only dimension of it that would get covered would be how much political damage (or benefit) the profanity may be doing to the politicians who are the source or butt of it, as happened with Representative Tlaib. In other words, they'd turn the issues aside and focus on the personalities and the horse race.

Which brings us back to the media refusing to actually discuss or inform the American public about actual issues.

Related Topic(s): Bias; Corporate Cash; Corporate Media; Fairness Doctrine; Fourth Estate; Media Bias; Republican, Add Tags
Add to My Group(s)
Go To Commenting
The views expressed herein are the sole responsibility of the author and do not necessarily reflect those of this website or its editors.