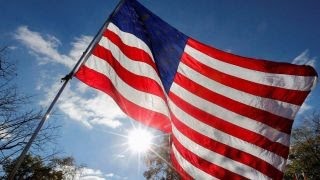 Did the U.S. "intelligence community" judge that Russia interfered in the 2016 presidential election?

I spent the 35 years of my government service with a "top secret" clearance. When I reached the rank of ambassador and also worked as Special Assistant to the President for National Security, I also had clearances for "codeword" material. At that time, intelligence reports to the president relating to Soviet and European affairs were routed through me for comment. I developed at that time a "feel" for the strengths and weaknesses of the various American intelligence agencies. It is with that background that I read the January 6, 2017 report of three intelligence agencies: the CIA, FBI, and NSA.

The report states that it represents the findings of three intelligence agencies: CIA, FBI, and NSA, but even that is misleading in that it implies that there was a consensus of relevant analysts in these three agencies. In fact, the report was prepared by a group of analysts from the three agencies pre-selected by their directors, with the selection process generally overseen by James Clapper, then Director of National Intelligence (DNI). Clapper told the Senate in testimony May 8, 2017, that it was prepared by "two dozen or so analysts -- hand-picked, seasoned experts from each of the contributing agencies." If you can hand-pick the analysts, you can hand-pick the conclusions. The analysts selected would have understood what Director Clapper wanted since he made no secret of his views. Why would they endanger their careers by not delivering?

What should have struck any congressperson or reporter was that the procedure Clapper followed was the same as that used in 2003 to produce the report falsely claiming that Saddam Hussein had retained stocks of weapons of mass destruction. That should be worrisome enough to inspire questions, but that is not the only anomaly.

The DNI has under his aegis a National Intelligence Council whose officers can call any intelligence agency with relevant expertise to draft community assessments. It was created by Congress after 9/11 specifically to correct some of the flaws in intelligence collection revealed by 9/11. Director Clapper chose not to call on the NIC, which is curious since its duty is "to act as a bridge between the intelligence and policy communities."

During my time in government, a judgment regarding national security would include reports from, as a minimum, the CIA, the Defense Intelligence Agency (DIA), and the Bureau of Intelligence and Research (INR) of the State Department. The FBI was rarely, if ever, included unless the principal question concerned law enforcement within the United States. NSA might have provided some of the intelligence used by the other agencies but normally did not express an opinion regarding the substance of reports.

What did I notice when I read the January report? There was no mention of INR or DIA! The exclusion of DIA might be understandable since its mandate deals primarily with military forces, except that the report attributes some of the Russian activity to the GRU, Russian military intelligence. DIA, the Defense Intelligence Agency, is the U.S. intelligence organ most expert on the GRU. Did it concur with this attribution? The report doesn't say.

The omission of INR is more glaring since a report on foreign political activity could not have been that of the U.S. intelligence community without its participation. After all, when it comes to assessments of foreign intentions and foreign political activity, the State Department's intelligence service is by far the most knowledgeable and competent. In my day, it reported accurately on Gorbachev's reforms when the CIA leaders were advising that Gorbachev had the same aims as his predecessors.

This is where due diligence comes in. The first question responsible journalists and politicians should have asked is "Why is INR not represented? Does it have a different opinion? If so, what is that opinion? Most likely the official answer would have been that this is "classified information." But why should it be classified? If some agency heads come to a conclusion and choose (or are directed) to announce it publicly, doesn't the public deserve to know that one of the key agencies has a different opinion?

Consortiumnews.com was founded by Robert Parry in 1995 as the first investigative news magazine on the Internet. The site was meant to be -- and has become -- a home for important, well-reported stories and a challenge to the inept but dominant (more...)
Related Topic(s): Guccifer; Intelligence Agencies; Reporters; Russian Hacking; Vladimir Putin; Wikileaks, Add Tags
Add to My Group(s)
Go To Commenting
The views expressed herein are the sole responsibility of the author and do not necessarily reflect those of this website or its editors.