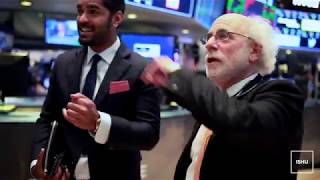 Xi Jinping might possibly agree next weekend on further steps to bring down China's trade imbalance with the US, giving Donald Trump a face-saving way of ending his trade war.

But Xi won't agree to change China's economic system. Why should he?

Instead, American lawmakers respond to the demands of wealthy individuals (typically corporate executives and Wall Street moguls) and of big corporations, those with the most lobbying prowess and deepest pockets to bankroll campaigns.

Don't blame American corporations. They're in business to make profits and maximize their share prices, not to serve America.

But because of their dominance in American politics and their commitment to share prices instead of the well-being of Americans, it's folly to count on them to create good American jobs or improve American competitiveness.

Related Topic(s): American Capitalism; American Culture; China Investment Corp; China Politics; Corporations; Economic Crisis; Economics; Employees; Jobs; WalMart, Add Tags
Add to My Group(s)
Go To Commenting
The views expressed herein are the sole responsibility of the author and do not necessarily reflect those of this website or its editors.