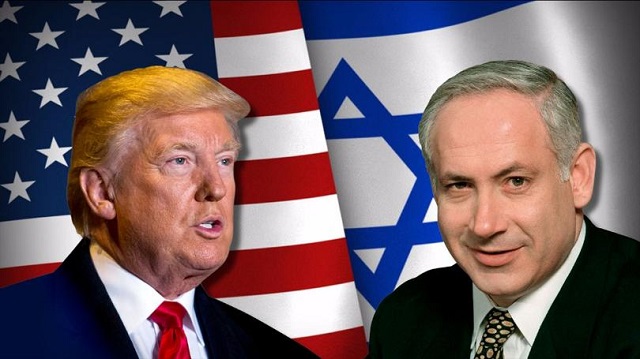 When Israeli prime ministers are in trouble, facing difficult elections or a corruption scandal, the temptation has typically been for them to unleash a military operation to bolster their standing. In recent years, Gaza has served as a favourite punching bag.

Benjamin Netanyahu is confronting both difficulties at once: a second round of elections in September that he may struggle to win; and an attorney general who is widely expected to indict him on corruption charges shortly afterwards.

Mr Netanyahu is in an unusually tight spot, even by the standards of an often chaotic and fractious Israeli political system. After a decade in power, his electoral magic may be deserting him. There are already rumblings of discontent among his allies on the far right.

Given his desperate straits, some observers fear that he may need to pull a new kind of rabbit out of the hat.

In the past two elections, Mr Netanyahu rode to success after issuing dramatic last-minute statements. In 2015, he agitated against the fifth of Israel's citizens who are Palestinian asserting their democratic rights, warning that they were "coming out in droves to vote".

Back in April, he declared his intention to annex large chunks of the occupied West Bank, in violation of international law, during the next parliament.

Amos Harel, a veteran military analyst with Haaretz newspaper, observed last week that Mr Netanyahu may decide words are no longer enough to win. Action is needed, possibly in the form of an announcement on the eve of September's ballot that as much as two-thirds of the West Bank is to be annexed.

Washington does not look like it will stand in his way.

This month David Friedman, US ambassador to Israel and one of the chief architects of Donald Trump's long-delayed "deal of the century" peace plan, appeared to offer a similar, early election boost.

In interviews, he claimed Israel was "on the side of God" unlike, or so it was implied, the Palestinians. He further argued that Israel had the "right to retain" much of the West Bank.

Both statements suggest that the Trump administration will not object to any Israeli moves towards annexation, especially if it ensures their favoured candidate returns to power.

Whatever Mr Friedman suggests, it is not God who has intervened on Israel's behalf. The hands that have carefully cleared a path over many decades to the West Bank's annexation are all too human.

Israeli officials have been preparing for this moment for more than half a century, since the West Bank, East Jerusalem and Gaza were seized back in 1967.

That point is underscored by an innovative interactive map of the occupied territories. This valuable new resource is a joint project of the Israeli human rights group B'Tselem and Forensic Architecture, a London-based team that uses new technology to visualise and map political violence and environmental destruction.

Related Topic(s): Benjamin Netanyahu; Donald Trump; International; Israel; Israel Runs Washington; Israel Versus Iran; Israeli Attacks In Gaza; Israeli Pressure On US; Israeli Settlements; Israeli-palestinian; (more...) Trump Foreign Policy; Western Hegemony, Add Tags  (less...)
Add to My Group(s)
Go To Commenting
The views expressed herein are the sole responsibility of the author and do not necessarily reflect those of this website or its editors.