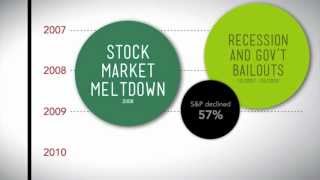 Readers ask me how they can learn economics, what books to read, what university economics departments to trust. I receive so many requests that it is impossible to reply individually. Here is my answer.

There is only one way to learn economics, and that is to read Michael Hudson's books. It is not an easy task. You will need a glossary of terms. In some of Hudson's books, if memory serves, he provides a glossary, and his recent book J Is for Junk Economics defines the classical economic terms that he uses. You will also need patience, because Hudson sometimes forgets in his explanations that the rest of us don't know what he knows.

An economic rent is unearned income that accrues to an owner from an increase in value that he did nothing to produce. For example, a new road is built at public expense that opens land to development and raises its value, or a transportation system is constructed in a city that raises the value of nearby properties. These increases in values are economic rents. Classical economists would tax away the increase in values in order to pay for the road or transportation system.

Neoliberal economists redefined all income as earned. This enables the financial system to capitalize economic rents into mortgages that pay interest. The higher property values created by the road or transportation system boost the mortgage value of the properties. The financialization of the economy is the process of drawing income away from the purchases of goods and services into interest and fees to financial entities such as banks. Indebtedness and debt accumulate, drawing more income into their service until there is no purchasing power left to drive the economy.

For example, formerly in the US, lenders would provide a home mortgage whose service required up to 25% of the family's monthly income. That left 75% of the family's income for other purchases. Today lenders will provide mortgages that eat up half of the monthly income in mortgage service, leaving only 50% of family income for other purchases. In other words, a financialized economy is one that diverts purchasing power away from productive enterprise into debt service.

Hudson shows that international trade and foreign debt also comprise a financialization process, only this time a country's entire resources are capitalized into a mortgage. The West sells a country a development plan and a loan to pay for it. When the debt cannot be serviced, the country is forced to impose austerity on the population by cutbacks in education, health care, public support systems, and government employment and also to privatize public assets such as mineral rights, land, water systems and ports in order to raise the capital with which to pay off the loan. Effectively, the country passes into foreign ownership. This now happens even to European Community members such as Greece and Portugal.

Another defect of neoliberal economics is the doctrine's denial that resources are finite and their exhaustion a heavy cost not born by those who exploit the resources. Many local and regional civilizations have collapsed from exhaustion of the surrounding resources. Entire books have been written about this, but it is not part of neoliberal economics. Supplement study of Hudson with study of ecological economists such as Herman Daly.

The neglect of external costs is a crippling failure of neoliberal economics. An external cost is a cost imposed on a party that does not share in the income from the activity that creates the cost. I recently wrote about the external costs of real estate speculators. Fracking, mining, oil and gas exploration, pipelines, industries, manufacturing, waste disposal, and so on have heavy external costs associated with the activities.

Neoliberal economists treat external costs as a non-problem, because they theorize that the costs can be compensated, but they seldom are. Oil spills result in companies having to pay cleanup costs and compensation to those who suffered economically from the oil spill, but most external costs go unaddressed. If external costs had to be compensated, in many cases the costs would exceed the value of the projects. How, for example, do you compensate for a polluted river? If you think that is hard, how would the short-sighted destroyers of the Amazon rainforest go about compensating the rest of the world for the destruction of species and for the destructive climate changes that they are setting in motion? Herman Daly has pointed out that as Gross Domestic Product accounting does not take account of external costs and resource exhaustion, we have no idea if the value of output is greater than all of the costs associated with its production. The Soviet economy collapsed, because the value of outputs was less than the value of inputs.

Supply-side economics, with which I am associated, is not an alternative theory to neoliberal economics. Supply-side economics is a successful correction to neoliberal macroeconomic management. Keynesian demand management resulted in stagflation and worsening Phillips Curve trade-offs between employment and inflation. Supply-side economics cured stagflation by reversing the economic policy mix. I have told this story many times. You can find a concise explanation in my short book, The Failure of Laissez Faire Capitalism. This book also offers insights into other failures of neoliberal economics and for that reason would serve as a background introduction to Hudson's books.

I can make some suggestions, but the order in which you read Michael Hudson is up to you. "J is for Junk Economics" is a way to get information in short passages that will make you familiar with the terms of classical economic analysis. "Killing the Host" and "The Bubble and Beyond" will explain how an economy run to maximize debt is an economy that is self-destructing. "Super Imperialism" and "Trade, Development and Foreign Debt" will show you how dominant countries concentrate world economic power in their hands. "Debt and Economic Renewal in the Ancient Near East" is the story of how ancient economies dying from excessive debt renewed their lease on life via debt forgiveness.

Once you learn Hudson, you will know real economics, not the junk economics marketed by Nobel prize winners in economics, university economic departments, and Wall Street economists. Neoliberal economics is a shield for financialization, resource exhaustion, external costs, and capitalist exploitation.

Related Topic(s): Capitalism; Economics; Financial; Jobs; Michael Hudson; Truth; Unemployment, Add Tags
Add to My Group(s)
Go To Commenting
The views expressed herein are the sole responsibility of the author and do not necessarily reflect those of this website or its editors.