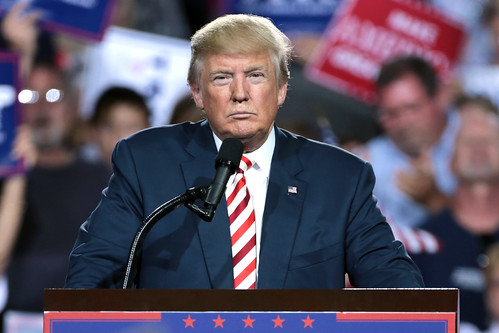 If there is one thing that that stands out about Bucks County Courier Times columnist JD Mullane'spolitical writing it is that he never lets facts get in the way of his opinions and Trumpian political fictions. His recent column "For millennials, a primer on a roaring economy" offers a perfect example.

Mullane in his column immediately celebrates that jobless claims have dropped to their lowest since 1973, which the Department of Labor pointed out in an Oct. 19 press release. Sure, this should be celebrated. However, he conveniently forgot to add the context that this is part of a larger post-recession trend that are a result of President Barack Obama's democratic economic policies. In fact, Fortune Magazine reported in 2016 that "Unemployment Claims Fall to Lowest Since 1973." So the most current numbers -- 222,000 -- are 19,000 less than Obama's previous record breaking numbers. And one must ask whether Trump should get any credit for numbers that are a result of Obama's policies.

Mullane then extols that the tax cuts "will put a grand or two or three back into the paychecks of working stiffs everywhere."

A Jan. 29 Reuters/Ipsos poll notes that just 2 percent of adults in the country reported receiving a raise, bonus or other additional benefits due to the Republican tax law enacted a month ago by President Donald Trump. Furthermore, Walmart, for example, announced bonuses of up to $1,000 for associates, though the maximum amount is reserved for employees with at least 20 yearsworking with the company. Oh, and just days later the company quietly announced thousands of layoffs.

Mullane then says "it gets better."

He cites an article in USA Todaythat states: "More than three dozen of the biggest American companies have shared their tax-cut windfalls with employees, mostly through one-time bonuses, but also with hourly wage increases and bigger 401(k) matches following the new tax law passed in December."

What Mullane conveniently leaves out is that the article reports that the bonuses "are quite small compared with the total compensation -- wages, salaries and benefits -- of $10.3 trillion paid by U.S. companies last year."

Nick Sargen, chief economist at Fort Washington Investment Advisors, a money-management firm in Cincinnati, told USA Todaythe bonuses are "a drop in the bucket" and that "companies are doing it mainly as a PR gesture. It looks good that they are sharing a portion, however small, of the corporate tax cuts." The article also points out that "a bonus will do little to close the wage gap between workers and CEOs," as "CEOs earned 347 times what the average worker did in 2016."

Mullane then exclaims "yowza" to the fact that "Chrysler is giving its workers bonuses of $5,500 each." From reading this you would think that these bonuses of $5,500 are a result of the Trump tax cuts for the 1 percent.

Chrysler gave bonuses of $5,000 last year, so a $500 increase this year. And never mind the bonuses were a result of the company's debt cutting business plan laid out four years ago, not the tax cuts, something he conveniently omitted.

Mullane then goes on to what has become his typical patronizing and snide style, "explaining" to millenials what a "Help Wanted" sign is in an impotent attempt at humor, while misogynistically and childishly attacking Nancy Pelosi for using botox.

Mullane's "alternative facts" for the the economy under our "alt-right " president might provide more Kool Aid for his Tea Party readers, but millennials shouldn't drink it.

Cyril Mychalejko is a writer, teacher, and mountain lover.

Related Topic(s): Bucks County Politics; Economy Recession; Right Wing Spin; Trump Apologists; Trump Debts; Trump Tax Bill; Trump Tax Bonanza; Trumpism, Add Tags
Add to My Group(s)
Go To Commenting
The views expressed herein are the sole responsibility of the author and do not necessarily reflect those of this website or its editors.

Sarah Palin and the Bush "Bulge": Will Alaska's Governor be Wired for the Debate on Thursday?

Glenn Greenwald and the Failures of Mainstream Journalism