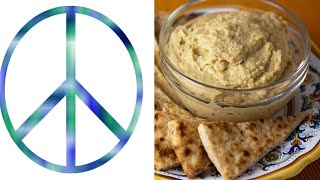 Back in 2012 I wrote a short book entitled Cultural Genocide (Rutgers University Press). It looked at four case studies of this phenomenon: the American Indians, Russian treatment of Jews in the 19th century, Chinese assimilation of Tibet, and Israel's ongoing treatment of the Palestinians. It is an aspect of Palestinian plight that I want to revisit here.

The idea behind cultural genocide is relatively simple -- it is the systematic erasure of the culture of indigenous people subject to colonization. The endgame here is that the conquered land will no longer be popularly identified with the culture and traditions of those who were once native to it. Instead, their culture will be replaced by that of the colonizer. The most common way of doing this is to disperse or actually wipe out a good part of the indigenous population, with the resulting trauma causing their culture, at least in its native form, to disappear. However, sometimes the colonizers will appropriate elements of the native culture as their own. This is cultural genocide by theft as well as destruction.

In Cultural Genocide I laid out how the Israelis were attempting to undermine and ultimately destroy Palestinian culture in a seemingly never-ending effort to "Hebraize" the territory now called Israel. Here are some of the techniques employed:

(1) the practice of renaming, which began as early as the 1920s: "With the help of archeologists, geographers and biblical scholars" the Zionists "began to systematically erase Palestine's Arab history and heritage from what would be Israel's own official records, maps and histories";

(2) The physical destruction of Palestinian archeological sites, artifacts, ancient mosques and historic houses to the extent that the Unesco World Heritage office describes the Israeli actions as "crimes against the cultural history of mankind";

(3) The purposeful looting and subsequent destruction of Palestinian libraries, archives and museums; and...

(4) the imposition of literally thousands of regulations designed to make it impossible for Palestinians in occupied territory to express themselves culturally or politically. For further information, see Cultural Genocide, pp. 77-80.

When I wrote this book in 2012, the issue of the appropriation of native foods as the colonizer's own did not come up. It was, if you will, "under my radar." It got on my radar about five years ago, whereupon I began complaining (often to no avail) to supermarkets and restaurants about hummus and falafel being advertised as "Israeli food." I was again reminded of the issue by a series of events, most recently, a local catered dinner to raise money for Playgrounds For Palestine. The food was all Palestinian. The well-known chef Anan Zahr reminded us all that "this is a crucial time for the Palestinian people, whose identity and culture are aggressively threatened on a daily basis by the Israeli government. It is so important for us to highlight and showcase the Palestinian cuisine to prevent ongoing food appropriation." To "highlight and showcase Palestinian cuisine" here in the West is a difficult task, if only because the effort must overcome a sea of ignorance and indifference. Despite the decades of ongoing conflict that has been grist for the mill of mass media, there are still millions of Americans, and others too, who know little about the cultural genocide of the Palestinians. What resides now in the minds of most people (when they consider the topic at all) is Israel presented to them as a "normal country" periodically threatened by Muslim Arabs. And, just as the Italians eat Italian food, and the French eat French food, the average American assumes that the Israelis eat "Israeli food." A good example of this was the controversy sparked by celebrity chef Rachel Ray, who appears on a number of on-line and televised cooking shows. Back in December 2017 Ray, who is not Jewish, put out a number of tweets describing "an Israeli nite meal." The foods she tweeted about included hummus, tabbouleh ("tabouli"), stuffed grape leaves, chicken fried in za'atar and cucumber salad -- all of them traditional Palestinian foods.

Related Topic(s): Arab; Cultural Genocide; Food; Israel; Theft, Add Tags
Add to My Group(s)
Go To Commenting
The views expressed herein are the sole responsibility of the author and do not necessarily reflect those of this website or its editors.