New details about his contacts with Russia are revealed. 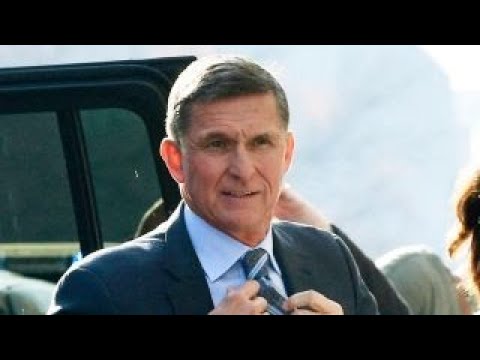 On Friday morning, special counsel Robert Mueller announced that he had filed a criminal charge against Michael Flynn, President Donald Trump's short-lived national security adviser (who had led the "lock her up" cheers at the last Republican convention), on two counts of lying to the FBI, and soon after that Flynn pleaded guilty in a federal court in Washington as part of a cooperation deal with Mueller. This means that both Trump's top campaign official, Paul Manafort, and his top national security campaign aide now stand accused of criminal activity.

Mueller released a two-page "information" document detailing the two counts. The first was no shocker: that Flynn had lied to FBI agents about a conversation he had with Sergey Kislyak, the Russian ambassador to the United States, in December 2016, during the presidential transition. Flynn told the agents that he had not asked Kislyak to restrain Russia's response to sanctions President Barack Obama was imposing on Moscow for its underhanded meddling in the 2016 campaign. He also told the agents that he did not recall that Kislyak had said that Moscow would indeed moderate its response as a result of his request. But according to Mueller, Flynn had made the request and knew Moscow had done what he asked.

It has been previously reported that there was evidence -- most likely intelligence intercepts -- suggesting Flynn had lied about this interaction with Kislyak. On the day of that conversation, when it appeared Russia would indeed not be responding harshly to the Obama sanctions, Trump tweeted, "Great move on delay (by V. Putin) -- I always knew he was very smart."

The other count expands the story. It notes that on December 22, 2016, Flynn had asked Kislyak to delay or vote against a UN Security Council resolution condemning Israel's construction of settlements in disputed territories, but that Flynn denied doing so when interviewed by the FBI. Israel was fighting hard against the resolution and requested that the Obama administration veto the measure. At the time, Trump publicly sided with the Israeli government. The resolution was approved on December 23, with the United States abstaining.

David Corn is  Mother Jones ' Washington bureau chief. For more of his stories,  click here . He's also  on  Twitter  and  Facebook .  RSS  |  TWITTER  David is (more...)
Related Topic(s): Guilty; Michael Flynn; Plea Bargain; Sanctions, Add Tags
Add to My Group(s)
Go To Commenting
The views expressed herein are the sole responsibility of the author and do not necessarily reflect those of this website or its editors.