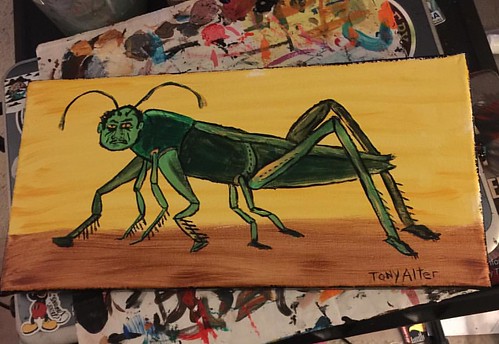 Headlines today that some people believe we are in the Great Tribulation; a period mentioned by Jesus in the Olivet Discourse as a sign that would occur in the time of the end.

CNN: George Floyd's death was 'murder' and the accused officer 'knew what he was doing'

Minneapolis police chief says the death of George Floyd at the hands of a police officer was like tossing a lit match into a keg of gunpowder.

According to a video released by netizens, the county has become a vast ocean, with houses and vehicles flooded. They said it is the worst flood in nearly 100 years.

Yangshuo, a popular travel destination known for its stunning mountain vistas, an official told the newsmagazine Southern Weekly that the area had experienced a once-in-two-centuries burst of heavy rain on June 7. More than 1,000 hotels and guesthouses and 5,000 shops were damaged, the authorities told Southern Weekly.
Besides flooding, officials have issued alerts on locusts spreading from Pakistan.

The authorities have said more than 400 reservoirs have burst their banks, but did not reveal if the Three Gorges was one of these (it has a vast reservoir 600km long). Some villagers have told dissident media outlets that the unannounced overflow of floodwater had killed people while they slept.

Videos have emerged on social media showing fish behaving bizarrely - leaping out of rivers into the air en masse.

BBC: The world is at risk of widespread famines "of biblical proportions" caused by the coronavirus pandemic, the UN has warned

The World Food Programme (WFP) reports that the number suffering from hunger could go from 135 million to more than 250 million.

Even before the pandemic hit, parts of East Africa and South Asia were already facing severe food shortages caused by drought and the worst locust infestations for decades.

Even before the floods, the U.N. Food and Agriculture Organization (FAO) was warning of "an unprecedented threat to food security" in East Africa. Blame the emergence of huge new locust swarms. The Climate Prediction and Application Center in Nairobi says locusts are "invading the Eastern Africa region in exceptionally large swarms like never seen before."

But the danger to food security is so great, countries are telling its farmers to go ahead with crop planting even though it is struggling to get them face masks and despite the risk that locusts will ruin much of the harvest anyway.

Related Topic(s): Coronavirus; Jesus; Pandemic; Prophesy; Suffering, Add Tags
Add to My Group(s)
Go To Commenting
The views expressed herein are the sole responsibility of the author and do not necessarily reflect those of this website or its editors.