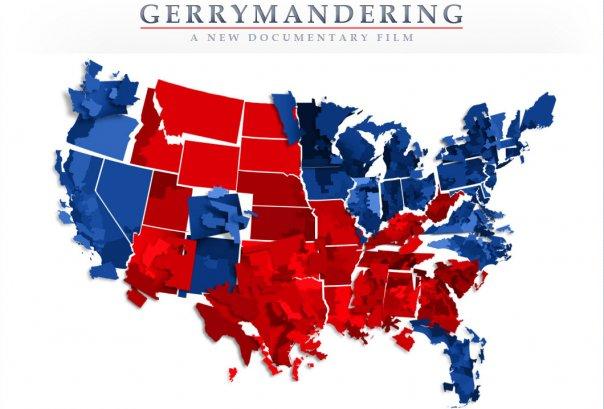 Republicans know most Americans find their policies odious, so in order to win, they cheat through voter-I.D. laws, voter suppression, and plain old policies designed to do one thing--rig the system in their favor.

Regardless of the form it takes, Republicans are perpetrating a concerted campaign to disenfranchise Democrats and minorities who vote for them.

Last week, the right-wing-majority United States Supreme Court (SCOTUS) further enabled Republicans in their perfidy when it ruled federal courts are impotent when it comes to challenging states' gerrymandering, the practice by which parties controlling state legislatures draw voting district maps that favor one political party and its candidates over another, basically permitting politicians to choose their voters instead of the other way around.

This is one way to explain the Republican minority rule responsible for the proliferation of GOP state governorships and legislatures despite the majority of Americans consistently voting for more progressive social and economic policies.

This is also a way to exacerbate states' voting-registration inconsistencies and discourage voters from even showing up on election day.

Supreme Court Justice Elena Kagan, one of the few dissenting voices, criticized that, "for the first time ever," the court refused to "remedy a constitutional violation because it thinks the task beyond judicial capabilities."

"[It's a problem that] will only get worse (or depending on your perspective, better) as time goes on as data becomes ever more fine-grained and data-analysis techniques continue to improve. Of all times to abandon the Court's duty to declare the law, this was not the one. The practices challenged in these cases imperil our system of government. Part of the Court's role in that system is to defend its foundations. None is more important than free and fair elections. With respect but deep sadness, I dissent."

No sooner did the SCOTUS deliver its decision than Florida Gov. Ron DeSantis signed into law a voter-disenfranchisement bill negating Amendment 4 intended to restore voting rights to 1.5 million ex-felons, passed in November's election.

In May, the Republican-controlled Florida state senate voted along party lines on reform bill SB 7066, which would prohibit felons with restitution, fees, and fines from voting.

As reported in The Daily Kos:

"Floridians voted in favor of a constitutional amendment to restore voting rights for as many as 1.4 million citizens who had fully completed their felony sentences by a 65-35 landslide last year, but on Friday, Republican Gov. Ron DeSantis has signed a new law that will keep the vast majority of those citizens disenfranchised. Republicans also recently passed another law to stymie similar ballot initiatives in the future that DeSantis has already signed.

"To thwart the will of Florida voters, Republicans are imposing a measure straight out of the Jim Crow playbook: poll taxes. This new law would require the payment of all court-ordered restitution as well as any court-related fines or fees before voters can regain their rights."

Calling it a poll tax is an appropriate analogy.

The law moves Florida's primary election date back a week earlier and changes the time permitted to allow voters to request and receive mail-in ballots.

Related Topic(s): Citizens; Election; Gerrymandering; Laws; Republican; Rights; State; Voting, Add Tags
Add to My Group(s)
Go To Commenting
The views expressed herein are the sole responsibility of the author and do not necessarily reflect those of this website or its editors.