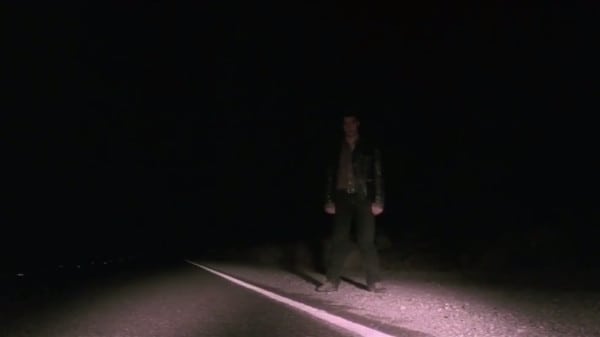 Flash Fiction: On the Lost Highway to the VA Hospital, Again

for Rob Kall, who inspired me to reach for the stars

O, poor Green Zone soldiers. Gave ourselves another Nam when ol' Usama B cleared out the Russkies for us to make room for Big Oil. Some colonels who cut their teeth in the jungle war, saw sad-eyed Saigon again from a chopper receding from the Kabul theatre. Soldier tears, breaking from their ducts, like trauma itself, recalling for some ROTC officers the misery of the minutemen waving goodbye to Red Coats as they shot them over tea taxes from Hell. Tell East India to go f*ck itself. They'll be no monopoly here in America, they rebel-yell. (Friendly fire, really, since we were all still Brits -- brothers in arms, brothers at each others' throats, f*ck it: what's changed? Still got no parliamentary representation. Call it Mad King George's Revenge.) Twenty years of tomfoolery among the twisted Taliban, negotiating pipe laying, with nothing to show for it in the end but a trophy bride named Sharbat, blue eyes, t*ts, saved for the glass ceiling back home, feminists always pushing pushing pushing at the envelope. All the whinging about the Americanized girls left behind in the Green Zone. Hypocrisy and insincerity as history recedes and we shrug to what-ah-ya-gonna-dosentimental heroism in long uneven lines at VAs for meds; Nam vets still carping; "Dicky Tao" Tom still running naked, in his mind, down some Seoul boulevard like some frenzied lip-doodling fool; GIs from The War To End All Wars, Part II, snarkin' at the oil soldiers and them barkin back about manufactured consensual freedom. Say what?

"It's a chow line, boys," I mutter without emotion, "can we keep it moving? The smell of this sweatshop is bad enough." A matron, aproned, hairnet, mask, seems to smile. But I can be wrong. I discovered on my tour: I can be wrong about a lot of things. Being faithful, for instance. Like I really had a right to expect p*ssy to be waiting for me when I got back home, to the real Green Zone, where everybody said, in so many words, gotta turn your swords into ploughs, man. We home now. Back to Finger lickin' goodness. Crispy. Spicy. (And MSG.)

"Where you at?" my line mate utters back, cool but you can tell it won't last. "What jungle were you running through, man?"

"Haiti? What the f*ck?" He yells over to a mate in the line that circles around the room, "Hey, Mickey, this motherf*cker toured Haiti." Several droopy heads look our way.

Mickey says, "No sh*t," and lets out a guffaw that only GIs 'in on the joke' have glissando tonsils for. Mickey, a foot soldier, corporal, think Nicholson inLast Detail, he been to the jungle on a horse with no name and didn't come out the same, and to the desert they call Three Kings who were dingalings, and to the poppies fields of Ghan. Calls himself a VietGhan veteran. Got himself chased by some local "warlord" who found him amidst the flower petals with a naked local girl he called "Pam" (snaking bong smoke was a giveaway). Pam (aka, Aabroo) was discovered by a patrol later that day hanging upside down like Mussolini's girlfriend. War is hell. No, really. My roommate, an old school GI who fought for family values and economic expansion -- the Noble Causes -- says the girls in France after the invasion were effusive in their gratitude and all-too-glad to be knocked up by GIs with smokes and Hershey bars knowing that their little bundle of war joy would grow up with the genes of a free man instead of Vichy schweinhunden. Now that's what I call the swords into plowshares dividend. At least, that's what it looked like on the newsreels they showed in the cinemas, you with your arm wrapped your girls, her wondering how come she can't come by such heroes.

My line mate wants to know more. "You get you some chocolate down there?"

"Beg your pardon," I say, queered by this crossing of personal space, my mind a landing zone for some crazy with eyes like out of Creatures from the Blackest Lagoon.

Related Topic(s): BIG BROTHER; Crime Against Peace; Crimes Against Humanity; Fatherhood; Fiction; Grandmothers Of The Plaza De Mayo; Mental Health-Therapy; Psychotherapy; Psychotherapy; Violence Against Women, Add Tags
Add to My Group(s)
Go To Commenting
The views expressed herein are the sole responsibility of the author and do not necessarily reflect those of this website or its editors.

STAY IN THE KNOW
If you've enjoyed this, sign up for our daily or weekly newsletter to get lots of great progressive content.
Series: "Flash Pieces"