Lawsuits can destroy media organizations. Whatever you think of the stories, the prospect of journalists being silenced by a wealthy elite is deeply troubling 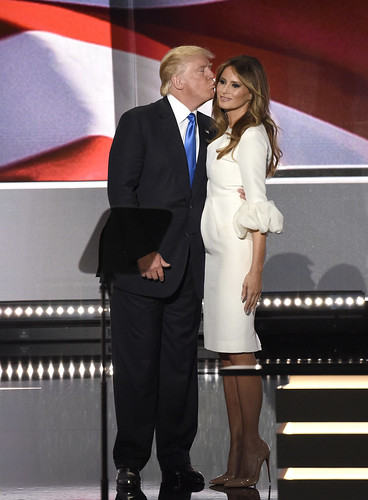 Less than 24 hours after Gawker.com was killed by billionaire Peter Thiel's legal crusade against it, another billionaire couple -- Donald and Melania Trump -- is already using the same law firm Thiel did to threaten more media organizations into silence. And this time, it could have a direct effect on the presidential election.

The Guardian reported late on Monday night that Melania Trump's lawyers have sent threatening letters and are considering filing lawsuits against a variety of media organizations -- including the Daily Mail, Politico and the Week -- for reporting on rumors of Melania Trump's past, including her alleged immigration status when she came to the United States.

This is the quintessential example of the disturbing precedent Peter Thiel has just set by creating a blueprint for billionaires to destroy news organizations they do not like. He has shown that all they need is a little persistence. And in a media landscape that is increasingly dominated by the rich and powerful, that should give even Gawker's most ardent critics pause.

We know Donald Trump and others have gone down this path before. Trump has openly bragged about the fact that he sued a former New York Times reporter in the early aughts for the purpose of trying to hit the reporter involved financially. Trump did lose that lawsuit, but not until after litigation that undoubtedly cost hundreds of thousands of dollars in legal fees for the winning party.

And if you think the Trumps are litigious now, just wait until after November. Peter Scheer, director of the First Amendment coalition, explained the consequences of the Gawker case succinctly:

"Say five years from now, if Trump loses and people are writing critical postmortems, will they have to worry that Trump will turn around and sue them? Because of the Gawker trial, I fear that many journalists will wonder, 'Could that happen to me, even in writing about Trump?' They will be censoring themselves. That is the worst outcome here, and it's quite likely."

But Trump is not the only culprit. In yet another ominous example, Mother Jones, the liberal nonprofit magazine known for its investigative journalism, spent millions of dollars in legal fees when another billionaire, Frank VanderSloot, sued the company and its reporters over a critical story and some tweets from its editors. Mother Jones won the case last year, relatively early in the process, but still faced an existential financial crisis because of the enormous legal costs associated with the lawsuit. VanderSloot then announced a million-dollar fund to be used for suing Mother Jones and additional members of the "liberal press" in other cases.

Related Topic(s): Billionaires; First Amendment Speech; Gawker; Journalism; Media; Reporters, Add Tags
Add to My Group(s)
Go To Commenting
The views expressed herein are the sole responsibility of the author and do not necessarily reflect those of this website or its editors.