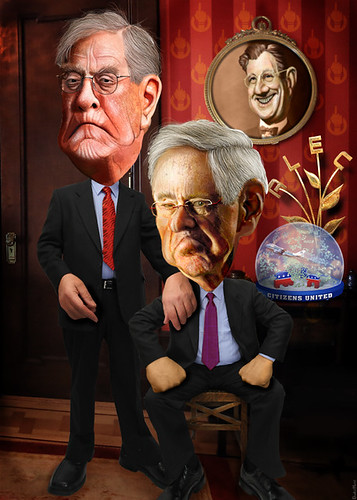 I've been writing for at least eight years, that billionaires are a danger to humanity. (See my series: The No Billionaires, De-Billionairize the Planet Crusade)

Even if there are a few well intentioned, more benign billionaires, the nature of being a billionaire is inherently a toxic threat to democracy, justice and freedom. We need to debillionairize the planet, or, for the British, debillionairise.

I am thrilled that Alexandria Ocasio-Cortez (AOC) has taken up the mantle and brought the idea to the mainstream. Now we need to get into the gritty details and make it happen.

There is no reason that the children, or scions of the ultrawealthy should be handed the power and influence that goes with the wealth that un-taxed inheritances provide.

If this law had been place it would have taken out some of the biggest billionaires, including the Waltons and the Koch brothers.

A law to prevent billionaires by inheritance is a start but it is not nearly enough, though it is probably the easiest, simplest way to start the process of debillionairization.

Legislation already being discussed to raise taxes to 70% isnot enough. Even a 92% tax like the one existing at the time of the Eisenhower administration is not enough. A 100% tax on money over a pre-set limit must be instituted and it must be applied across the board, no excuses because someone owns a mansion, plantation or ranch worth a fortune. I'd like to see the limit set at $20 million and could live with $50 million maximum, for inheritances.

Mitch McConnell is trying to eliminate the inheritance tax altogether. Bernie Sanders has proposed legislation to implement an annual 2% estate tax on assets over $50 million. That's a good idea too.

And Sanders calls for a tax rate of 77% on estate assets over $1 billion. But I want to see more like 100% tax on inheritances over $20 million. That would force the ultra-wealthy to break down their wealth and distribute it, since they probably wouldn't allow it to just go to taxes. It might even be necessary to capture the wealth, so the wealthy don't use their wills to secure buy power and influence before they die.

Some call this approach immoral and call for its intellectual annihilation. They argue that the wealthy already pay enough taxes. Of course they say that. They would complain if the tax rate was a fraction of what it is today-- after it has been weakened repeatedly over the past 50 years. It's what they do.

While an estate tax is probably the easiest part of the debillionairization process, or as Thom Hartmann calls it, the "No Billionaires" project, it will not be easy. I would expect the ultra-wealthy to fight this tooth and nail, with charm PR campaigns, nasty attacks and eventually, appeals to the Supreme Court. But we must start the process. The sooner the better.