Chris Hedges gave this talk Tuesday, June 11, at an event held in London in support of Julian Assange. 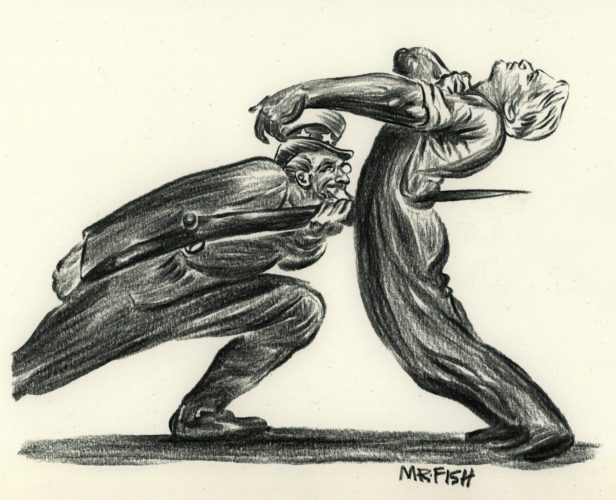 Ask the man and his two young daughters who saw their wife and mother shot to death and were themselves wounded in a car fired upon by U.S. Marines in Fallujah on July 22, 2005, what they think of Julian Assange.

Ask the parents of Huda Haleem, an 18-year-old girl, and Raghad Muhamad Haleem, a 5-year-old boy, shot dead by U.S. soldiers on June 2, 2006, in Iraq's Diyala province what they think of Julian Assange.

Ask the parents of the 15-year-old boy choked with a wire and then shot to death by U.S. Marines in Ramadi on Aug. 10, 2006, what they think of Julian Assange.

Ask the relatives of Ahmed Salam Mohammad, who was shot dead on Nov. 27, 2006, when U.S. troops attacked a wedding party near Mosul, an attack that also left four wounded, what they think of Julian Assange.

Ask the families of the over one dozen people shot to death with .50-caliber machine guns by bantering U.S. Apache helicopter crews in east Baghdad in July 2007 -- the crew members can be heard laughing at the "dead bastards" and saying "light 'em up" and "keep shooting, keep shooting" -- a massacre that included two journalists for Reuters -- Namir Noor-Eldeen and Saeed Chmagh -- what they think of Julian Assange. Ask the then 10-year-old Sajad Mutashar and his 5-year-old sister, Doaha, both wounded, whose 43-year-old father, Saleh, was shot to death from the air as he attempted to assist one of the wounded men in the Baghdad street, what they think of Julian Assange.

There is nothing like the boot of the oppressor on your neck to give you moral clarity.

None of these war crimes, and hundreds more reported to the U.S. military but never investigated, would have been made public without Julian, Chelsea Manning and WikiLeaks. That is the role of journalists -- to give a voice to those who without us would have no voice, to hold the powerful to account, to give the forgotten and the demonized justice, to speak the truth.

We have watched over the last decade as freedom of the press and legal protection for those who expose government abuses and lies have been obliterated by wholesale government surveillance and the criminalizing of the leaking and, with Julian's persecution, publication of these secrets. The press has been largely emasculated in the United States. The repeated use of the Espionage Act, especially under the Obama administration, to charge and sentence whistleblowers has shut down our ability to shine a light into the inner workings of power and empire.

Governmental officials with a conscience, knowing all of their communications are monitored, captured and stored by intelligence agencies, are too frightened to reach out to reporters. The last line of defense lies with those with the skills that allow them to burrow into the records of the security and surveillance state and with the courage to make them public, such as Edward Snowden, Chelsea Manning and Jeremy Hammond, now serving a 10-year prison term in the United States for hacking into the Texas-based private security firm Strategic Forecasting Inc., or Stratfor. The price of resistance is high not only for them, but for those such as Julian willing to publish this information. As Sarah Harrison has pointed out: "This is our data, our information, our history. We must fight to own it."

His arrest eviscerates all pretense of the rule of law and the rights of a free press. The illegalities carried by the Ecuadorian, British and U.S. governments in the seizure of Julian two months ago from the Ecuadorian Embassy in London are ominous. They presage a world where the internal workings, abuses, corruption, lies and crimes, especially war crimes, carried out by the global ruling elite will be masked from the public. They presage a world where those with the courage and integrity to expose the misuse of power, no matter what their nationality, will be hunted down around the globe and seized, tortured, subjected to sham trials and given lifetime prison terms. They presage an Orwellian dystopia where journalism is outlawed and replaced with propaganda, trivia, entertainment and indoctrination to make us hate those demonized by the state as our enemies.

The arrest of Julian marks the official beginning of the corporate totalitarianism and constant state surveillance, now far advanced in China, that will soon define our lives. The destruction of all protection of the rule of law, which is what we are witnessing, is essential to establishing an authoritarian or totalitarian state.

Related Topic(s): Government; Julian Assange Imprisonment; Manning; Snowden; Wikileaks, Add Tags
Add to My Group(s)
Go To Commenting
The views expressed herein are the sole responsibility of the author and do not necessarily reflect those of this website or its editors.