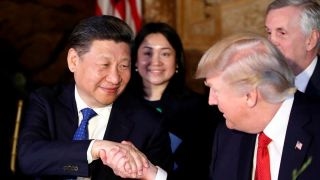 High-level inter-Korean talks at the border village of Panmunjeom not only represent a vital step in Winter Olympics' diplomacy but also offer a tantalizing chance of a breakthrough in stalled six-party discussions.

Among the possibilities are that Seoul and Pyongyang could resume civilian exchanges. The hotline between South and North Korea could reopen along with the joint Kaesong Industrial Region, which was closed in 2016.

The potential of reinvigorating the sidelined six-party talks, involving China, Russia, Japan, South Korea, the US and North Korea, is another possibility.

Beyond the Winter Olympics, the fierce divide between North and South, of course, will not be breached, even though North Korean leader Kim Jong-un has stressed that his country will not go nuclear unless "hostile forces" attack his regime.

He appears confident that there will not be a preemptive US nuclear strike because of the North's deterrent. So, the question now is where will China position itself after the Panmunjeon talks?

Rumors that Beijing was resigned to an imminent war between Washington and Pyongyang were never credible. Certainly, one view that came out of the 19th National Congress of the Communist Party of China last October was that President Xi Jinping would protect Beijing's complex relationship with Washington in parallel with relationships with major trade partners across Asia.

But that does not necessarily mean abandoning North Korea. The number one strategic imperative for Beijing is to keep the country as a cushion against the US presence in Northeast Asia. A reunited Korean peninsula, with American soldiers stationed at China's northwest border, has to be prevented at all costs.

Yet that also means averting any escalation that could lead to a direct confrontation with the US. So, it is fair to argue that Xi has concluded that business with the US far outweighs unconditional support for the North, which does not advance Beijing's interests.

Leading Chinese adviser, Professor Shi Yinhong, has famously described North Korea as a "time bomb," so contingencies plans have been put in place. The building of a six-lane highway between Shuangliao, a city in western Jilin, through to Ji'an, a prefecture-level city in the central region of Jiangxi, and on to the Korean border is significant.

It can be interpreted as a roadmap to secure the North's nuclear arsenal in an extreme case. This would involve the Kim dynasty crumbling or a move by Beijing to change the Pyongyang regime -- something that has been discussed by Chinese think tanks for years.

Indeed, that scenario ties up with suggestions that China's People's Liberation Army would not interfere even if the US launched a preemptive attack. Officially, though, Beijing's position is in favor of the denuclearization of the Korean peninsula.

This would start with a "double freeze" mechanism, allowing for dialogue between Washington and Pyongyang. Beijing is acutely aware that containing the North's nuclear program will have a direct effect on the military upgrading of Japan and South Korea. China is also keen to improve relations with Seoul.

Since 1953, only a flimsy armistice exists on the Korean peninsula. And no geopolitical actor has attempted to alter the status quo. After all, any wobble would generate a tectonic shift in the Asia-Pacific geopolitical chessboard, with unforeseen consequences.

Related Topic(s): Containment; Diplomacy; Economic; Non-deal; North Korea; Olympics; Russia And China; South Korea, Add Tags
Add to My Group(s)
Go To Commenting
The views expressed herein are the sole responsibility of the author and do not necessarily reflect those of this website or its editors.