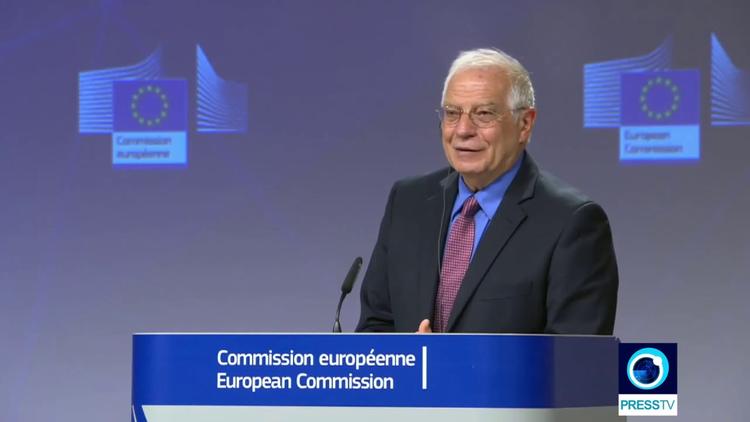 Trump is about to go up against China and Russia at the United Nations Security Council over the looming end to the UNSC arms embargo on Iran, and is facing a humiliating defeat that will further harm the US standing in global affairs.

The 2015 Joint Plan for Collective Action (JCPOA), or "Iran Deal," specified an immediate end to the UN and US economic sanctions on Iran. The UNSC sanctions were lifted in January of 2016. The US Republican-controlled Congress refused to lift US sanctions, however, and went around the world threatening everyone else with sanctions if they did not continue to boycott Iran. Since the US is the world's largest economy, French, German, Italian and other firms that might have done business with Iran declined to. So in essence, the US Republican Party overruled a treaty that the US executive signed, and overruled the entire UN Security Council, keeping Iran under sanctions.

In return for the end of economic sanctions, Iran mothballed 80 percent of its civilian nuclear energy program. Iran does not appear ever to have had a significant nuclear weapons program, and certainly has not had one since early 2003

So Iran gave up everything and got bupkes in return. Then in May 2018 Trump, under the influence of Bolton and other Iran War hawks like Mike Pompeo, breached the 2015 treaty that the US had signed along with the other permanent members of the UN Security Council, and slapped the most extreme economic and financial blockade on Iran that has ever been applied by one country to another in peacetime. Trump forbade anyone to so much as buy Iranian petroleum on pain of third-party US sanctions, for which there is no warrant in international or even US domestic law.

One of the provisions of the 2015 treaty was that the arms embargo on Iran would be lifted on October 15, 2020. That deadline is now coming up, and the Pompeo faction around Trump, as well as the Israelis, are desperate to prevent Iran from buying new weapons.

So the UN Security Council has just taken up a Trump administration motion to keep the arms embargo on Iran despite the language of the 2015 treaty that was issued as a UNSC resolution.

Permanent UNSC members France and Britain initially were hostile to Trump's proposal, since they hoped to sell arms to Iran themselves. They do, however, want to keep Iran in the JCPOA and to keep pressure on Tehran to adhere to its provisions. Iran has been protesting against being economically and financially strangled by breaking some of the provisions of the 2015 treaty in small ways, which has angered Europe. Iran is doing this not to make a bomb (it has no nuclear weapons program) but to pressure Europe to break the US blockade, which Europe says it is committed to doing but without practical follow-through.

But London and Paris ultimately found a compromise that allowed them to avoid worsening relations with Trump. They pointed out that there is an existing European Union decision that the arms embargo on Iran should last until 2023, and so they are favoring that position rather than adhering to the 2015 JCPOA that they signed. This is a way of pressuring Iran to come back into compliance.

The biggest danger to the Trump push to keep the international embargo on weapons sales to Iran in place is that Russia and China, also permanent members of the UNSC, may veto the US proposal. Indeed, they have indicated that they will do so. Both of them want to sell weapons to Iran, and China wants to be able to import oil from Iran.

Trump's counter-position is that if the proposal to extend the arms embargo does not go through, the US will invoke the snap back clause in the JCPOA and attempt to reimpose the UNSC sanctions in place before 2015. The argument is that Iran is somewhat out of compliance with its JCPOA obligations. But the US left the treaty and no longer has standing to invoke snap back, and the US is the one that pushed Iran to act out because it is being strangled.

"Lavrov cited a 1971 International Court of Justice opinion, which found that a fundamental principle governing international relationships was that "a party which disowns or does not fulfill its own obligations cannot be recognized as retaining the rights which it claims to derive from the relationship."

So it seems to me most likely that Russia and China will veto the extension of the Iran arms embargo, such that the JCPOA provision that the UNSC permanent members signed off on will come into effect. And it seems likely that China and Russia will also refuse to countenance a US invocation of the snap back provision, on the grounds that the US no longer has standing to invoke it.

At the moment, unless the US can offer Russia and China things they really want in return for throwing Iran under the bus, it seems likely that Iran will be permitted to enter the world arms market again on October 18, just before Trump is up for reelection, and it seems likely that the Biden campaign will take advantage of this failure, which will hurt Trump with pro-Israel groups like the evangelicals and organizations under the umbrella of AIPAC, the Israel lobbies.

At the same time, Iran may succeed in using Iraqi militias to pressure the US to leave Iraq.

Related Topic(s): China; China-iran-russia Alliance; IRAN NO NUKES; Iran; John Bolton; Oil; Russia And China; Russia And Us Conflict; Sanctions; Trump And Bolton, Add Tags
Add to My Group(s)
Go To Commenting
The views expressed herein are the sole responsibility of the author and do not necessarily reflect those of this website or its editors.